Derby Hotels Collection celebrates its 50th Anniversary as a leader in art, luxury and gastronomy

Derby Hotels Collection celebrates its 50th Anniversary as a leader in art, luxury and gastronomy

Few hotel groups in the world combine luxury, art, culture and gastronomy like Derby Hotels Collection does. Since its foundation, Derby Hotels Collection has pioneered adopting innovative standards in the hotel sector, turning each stay, whether for tourism or businesses, into an authentic experience for the customer. A characteristic that has grown stronger over the years to become a benchmark in cities like Barcelona, Madrid, Paris or London.

Hotel Derby was inaugurated in 1968—the first of the group’s establishments located on Loreto Street in Barcelona. Founded by entrepreneur Joaquim Casellas, the company was passed on years later to his son-in-law Jordi Clos, whose passion for art and culture has led the Group to create 23 establishments each with their own personality. “When I joined forty years ago, as a partner in the company, it was hard to imagine that I would go on to create a company with 23 hotels that all have their own distinctive mark”, affirms Jordi Clos, president of Derby Hotels Collection. 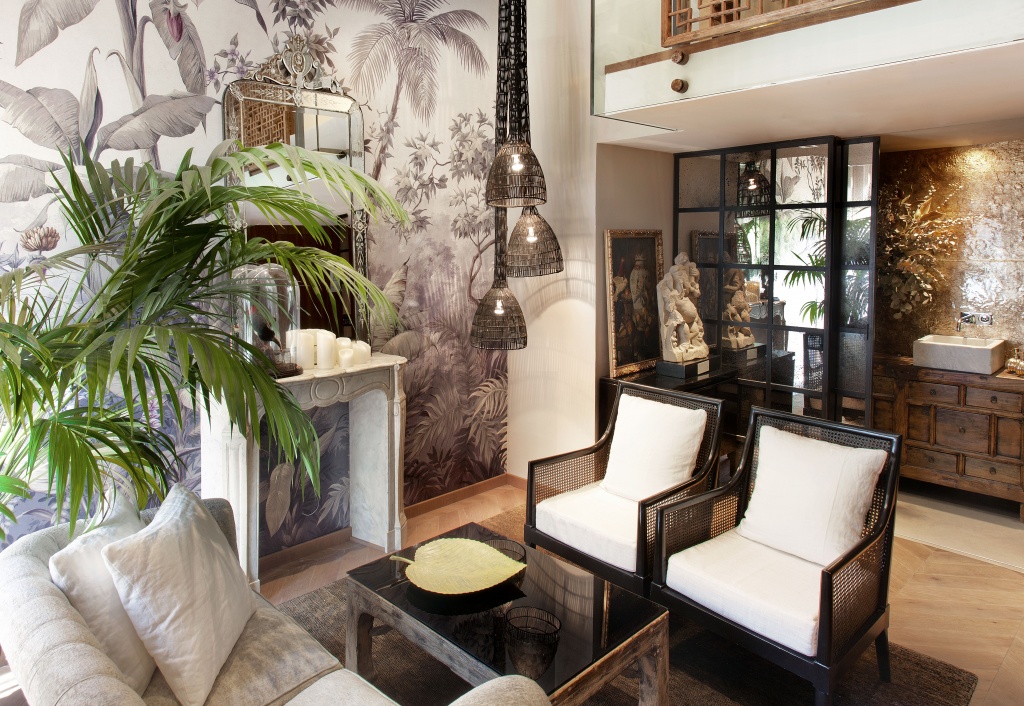 The truth is, the luxury hotels and apartments of Derby Hotels Collection currently hold more than 5,000 works of ancient and contemporary art. “We look for unique properties throughout Europe knowing that renovating them into a hotel will add significant value and will rediscover the stately buildings that they have always been”, explains Jordi Clos. Buildings of true architectural value are recovered and placed at the service of the city to create small hotel-museums.

For example, Hotel Urban 5*GL houses the foremost private collection of art on Papua New Guinea in Madrid—with pieces on display in the Museum Hall, in common areas and rooms; the Hotel Claris & Spa 5*GL contains works depicting pre-Columbian civilisations in its museum hall; and the Hotel Banke 5*, located in a Hausmannian building and former headquarters of Crédit Commercial de France, features an ethnological collection of artifacts and jewellery belonging to cultures from all over the world: Egyptian, African, pre-Columbian, Roman and Buddhist, among others. 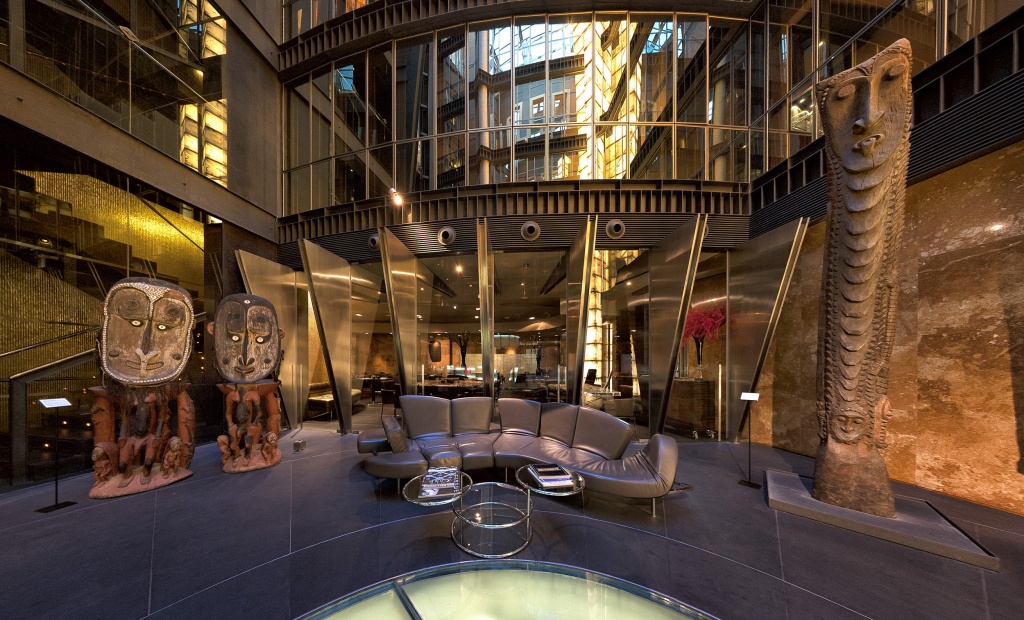 In the Great Derby Suite, we find original paintings from the most representative painters in contemporary art, including Picasso, Dalí, Guinovart, Tàpies, Miró, Antoni Clave and Marshall, while at the Astoria, the renovations have maintained its classical style from the end of the 1950s, with all its original elements, trims, marbles, wood, etc. The museum hall of Hotel Astoria also holds the largest existing collection of paintings and drawings by Ricardo Opisso, one of the great Catalan artists who could best depict the lives of the people of Barcelona from the first half of the 20th century.

The group also places large emphasis on each building’s architectural wealth. The Hotel Arai opened in the heart of Barcelona’s Gothic Quarter at the beginning of 2013. This establishment located in a former 17th century palace has graffiti on the façade that are part of the Architectural, Historic and Artistic Heritage of the city. 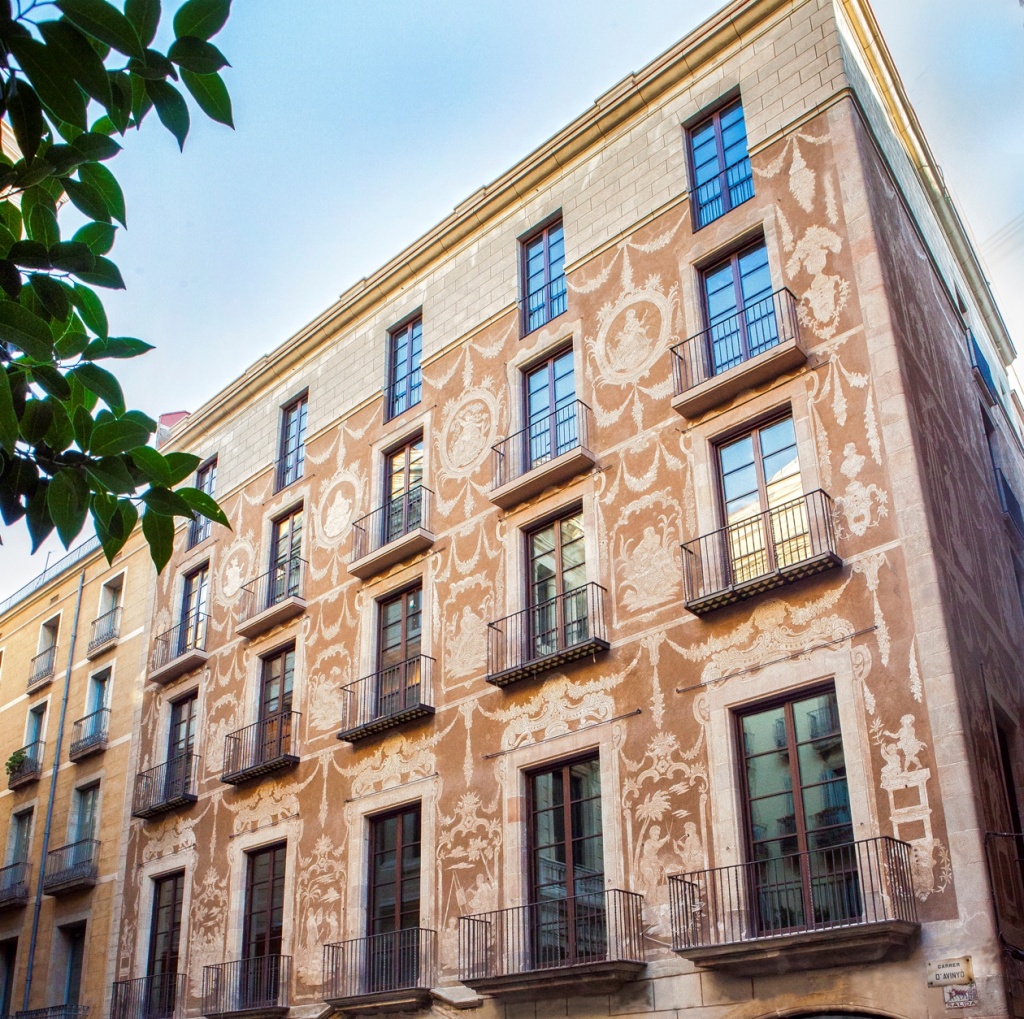 Façade of the Hotel Arai

In London, Derby Hotels Collection reformed a Victorian building to open The Caesar Hotel in 2004. With views over Queen’s Garden, this building has a classical English façade that contrasts with the modern and minimalist interior design, decorated with a fascinating collection of Roman mosaics from the 2nd to 4th centuries AD. The luxurious establishment Suites Avenue, opened in 2009 on Barcelona’s Paseo de Gracia in front of Gaudi’s Pedrera, was designed by Japanese architect Toyo Ito, winner of the 2013 Pritzker Architecture Prize.

In short, this commitment to art and culture has been extended to each one of the Derby Hotels Collection establishments and has incorporated gastronomy in recent years as a perfect complement to achieving the luxury experience sought by the group. 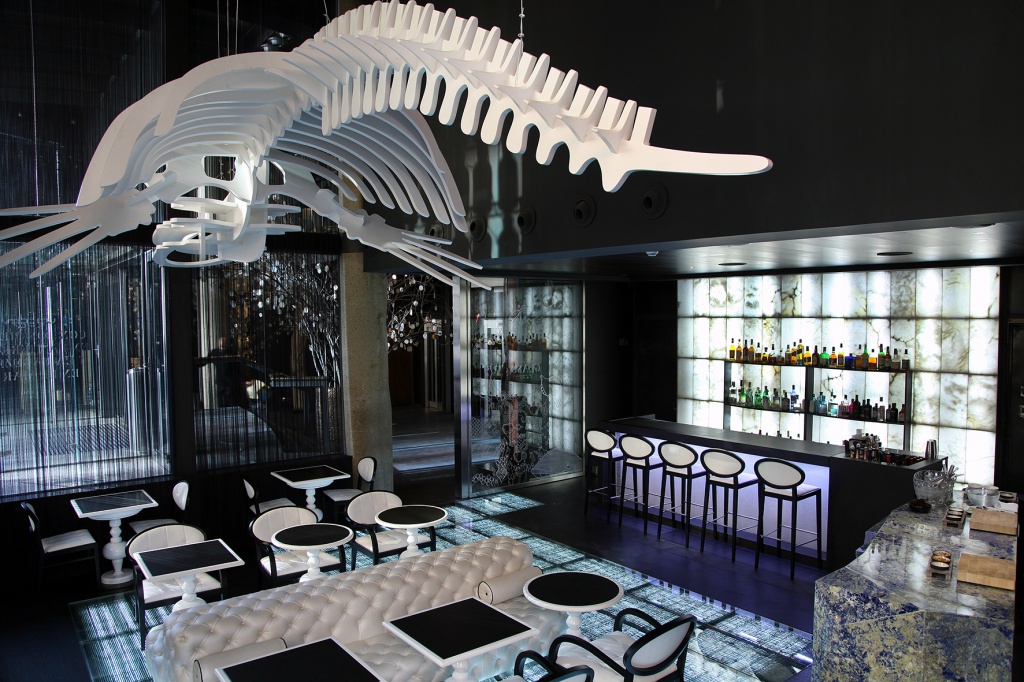 Glass Mar of the Hotel Urban

“We also bring exclusivity and a passion for art to our kitchen to offer the excellent service demanded by our guests,” says Joaquim Clos, managing director of the chain and a third-generation member of the family business.

The gastronomic endeavour has gained momentum in recent months with the opening Angel León’s first project in Madrid, Glass Mar inside the Hotel Urban.

An emblematic space in the capital city where the chef has developed a casual, informal cuisine and a menu designed to compete with the hallmark seafood dishes served at Aponiente, León’s restaurant in Puerto de Santa María. Also inside the Hotel Urban is Cebo, directed by Aurelio Morales, which opened its doors in July 2016 and in little more than a year has received its first Michelin star thanks to an elaborate contemporary cuisine whose products have designation of origin and are 100% seasonal and local. La Terraza Claris in Barcelona is another of the Group’s establishments led by chef Aurelio Morales. 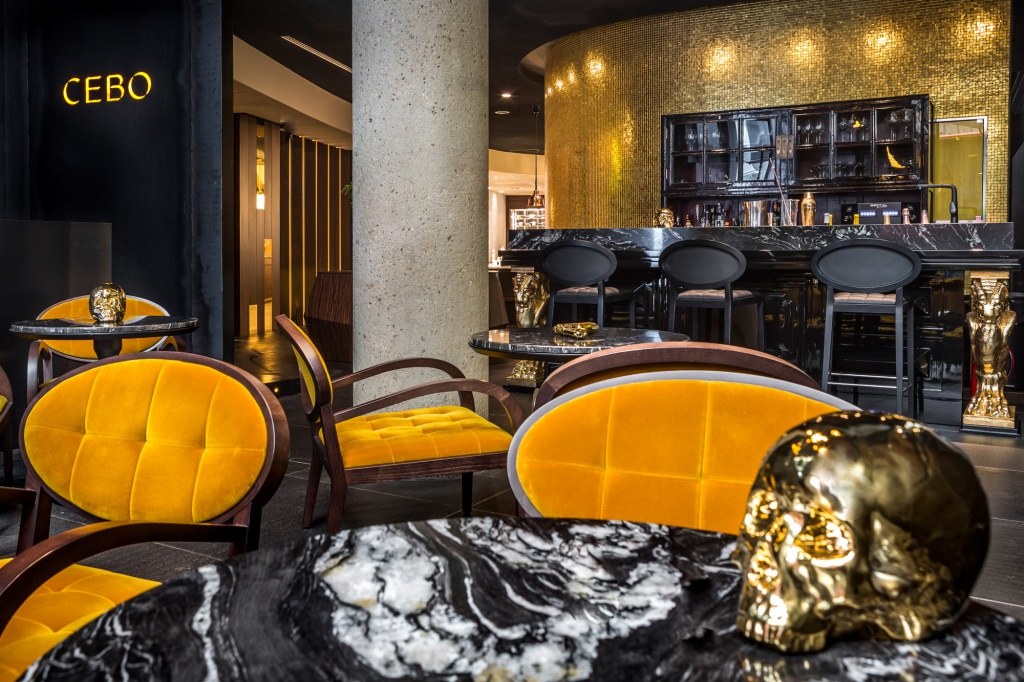 With large presence in Barcelona, Derby Hotels Collection has boosted its growth throughout other European cities in recent years. It first came to Madrid in 1996 with the opening of the Burgh Hotel Real before opening the Hotel Urban in 2004. Later on in 2004, it landed in London with The Caesar and again in Paris with the Hotel Banke in 2009. “We regularly investigate the feasibility of coming to other European cities, and we hope to open in one or two European cities where we are not currently present”, affirms Jordi Clos.

Derby Hotels Collection closed last year with a turnover of 78 million euros, 2.6% more than the 2016. The group has a staff of 900 employees and totals over 1,200 rooms in 23 hotel establishments.

Derby Hotels Collection promotes different Corporate Social Responsibility actions. The hotel company is the main sponsor of the Fundació Arqueològica Clos and the Museu Egipci de Barcelona—founded in 1992, it develops different activities and specific programmes around a collection of Ancient Egyptian art found nowhere else in Spain. The sample comprises more than 1,200 original pieces exhibited in the Museu Egipci de Barcelona.

Derby Hotels Collection also collaborates with Aura Fundació, who for over 25 years has been dedicated to the integration of people with disabilities into the labour world through a pioneering methodology in Spain and Europe The collaboration between the Fundación and the company is centred around promoting residential autonomy programmes.