We are continuing our close collaboration with one of the key associations involved in our Corporate Social Responsibility projects: the Aura Foundation.

The aim of our joint effort is to foster education and independence for people with functional diversity with a view to helping them gain access to quality employment.

PIONEER IN THE IMPLEMENTATION OF ‘SUPPORTED EMPLOYMENT’

The Aura Foundation was created in 1989 to implement social programmes and work with the community in order to integrate people with functional diversity. It was the first foundation of its kind in Spain and a  pioneer in Europe thanks to the implementation of  its ‘supported employment’ programme.

Supported employment is an employment integration method that focuses on groups that, due to their disability, require support and monitoring to carry out their work. It places discrimination based on disability firmly in the past and sees each person as an individual with different and specific needs. This employment integration initiative is based on the models that started to be developed in the United States in the 1980s.

Its ultimate aim is the integration of people with functional diversity into the workplace through internships, paying attention to their specific needs throughout the entire process. 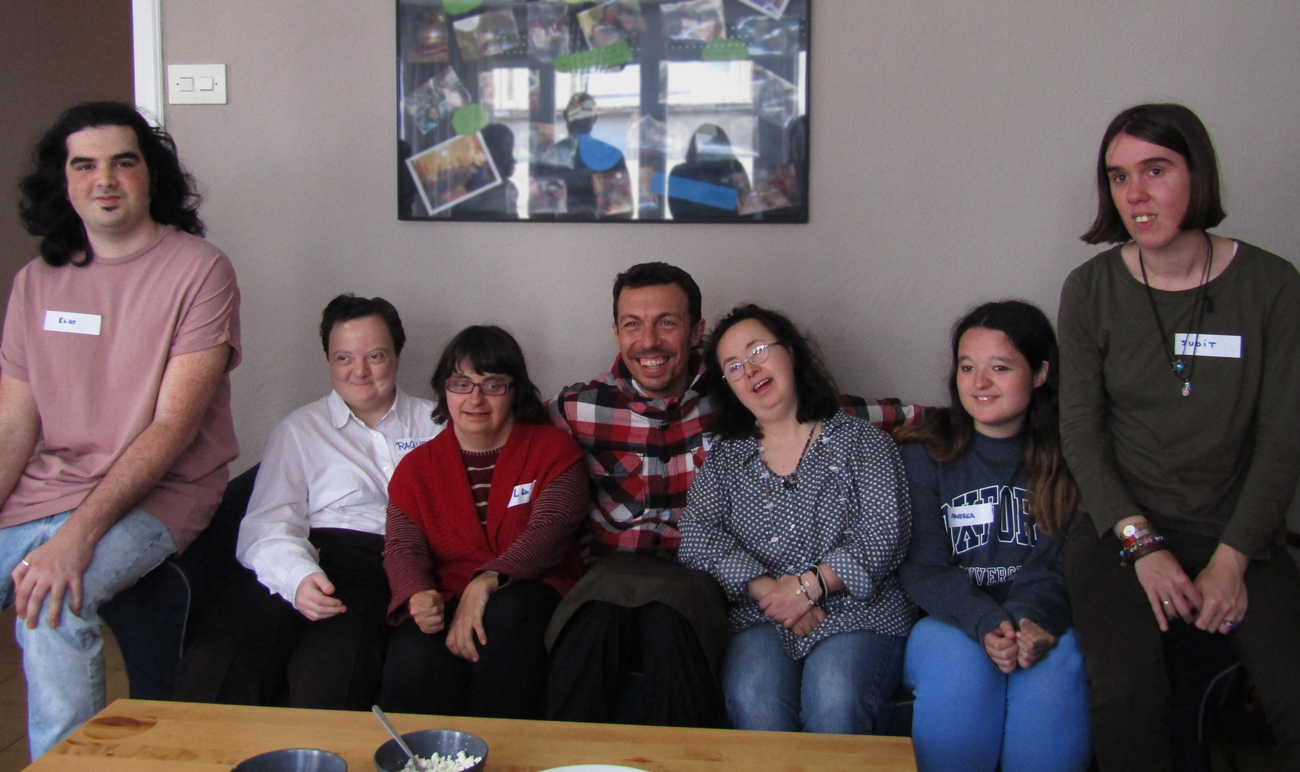 Another of the programmes implemented by the Aura Foundation is Aura Habitat, in which psychology, educational science and social work students live in the same place as the young people being helped by the foundation.

The aim of the programme is to allow these young people to have the chance to live in a normalised environment in which they can learn to do housework and acquire the skills necessary to live with others.

For their part, the students have the opportunity to gain work experience in a different and innovative environment, learn to share and live with people with functional diversity, develop recreational facilities, foster teamwork and so on.

Since it was established the Aura Foundation has received numerous awards and widespread recognition for its social work. They include the 2016 HUMANA award for social work and employment integration and an award granted by the Agrupació Mútua Foundation in 2009 for its work with the disabled. 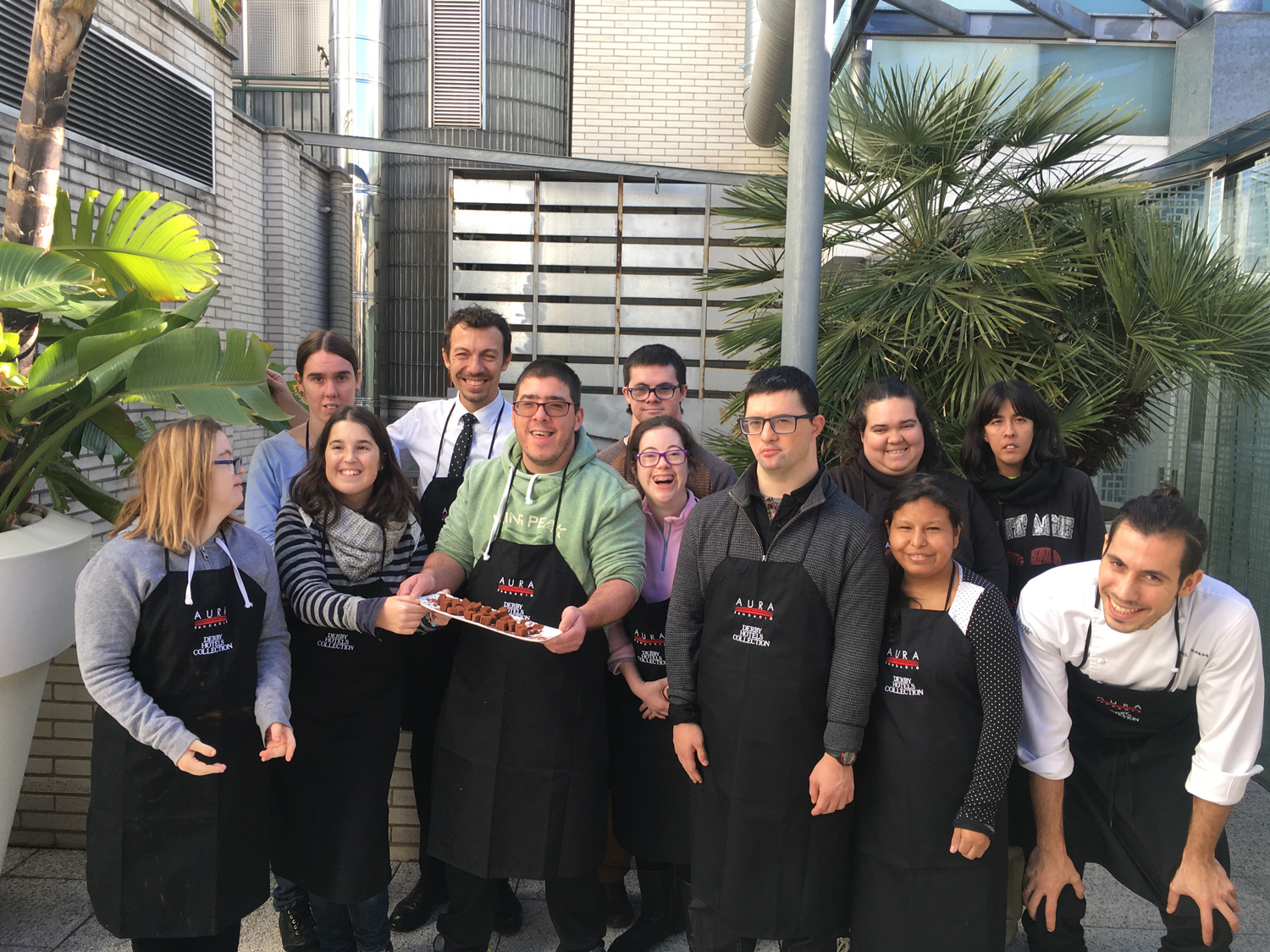 OUR CONTRIBUTION TO THE AURA FOUNDATION

Our collaboration started in the summer of 2016 with the Aura Habitat programme. The first steps consisted of taking charge of the construction and maintenance work, furnishing and general improvements necessary for the shared home.

Additionally, we implemented a number of collaborative actions in which the staff of our hotels participated directly.

In fact, this year we have organised several cooking workshops both in the shared flat and in the kitchen of the restaurant La Terraza del Claris. They included the participation of various members of Hotel Claris staff, including F&B Director, Michele Camolei, and Chef de Cuisine, Daniel Hernández.

In these dynamic and fun-filled workshops, Michele and Daniel shared their knowledge and the tricks of the trade with the young people of the Aura Foundation. 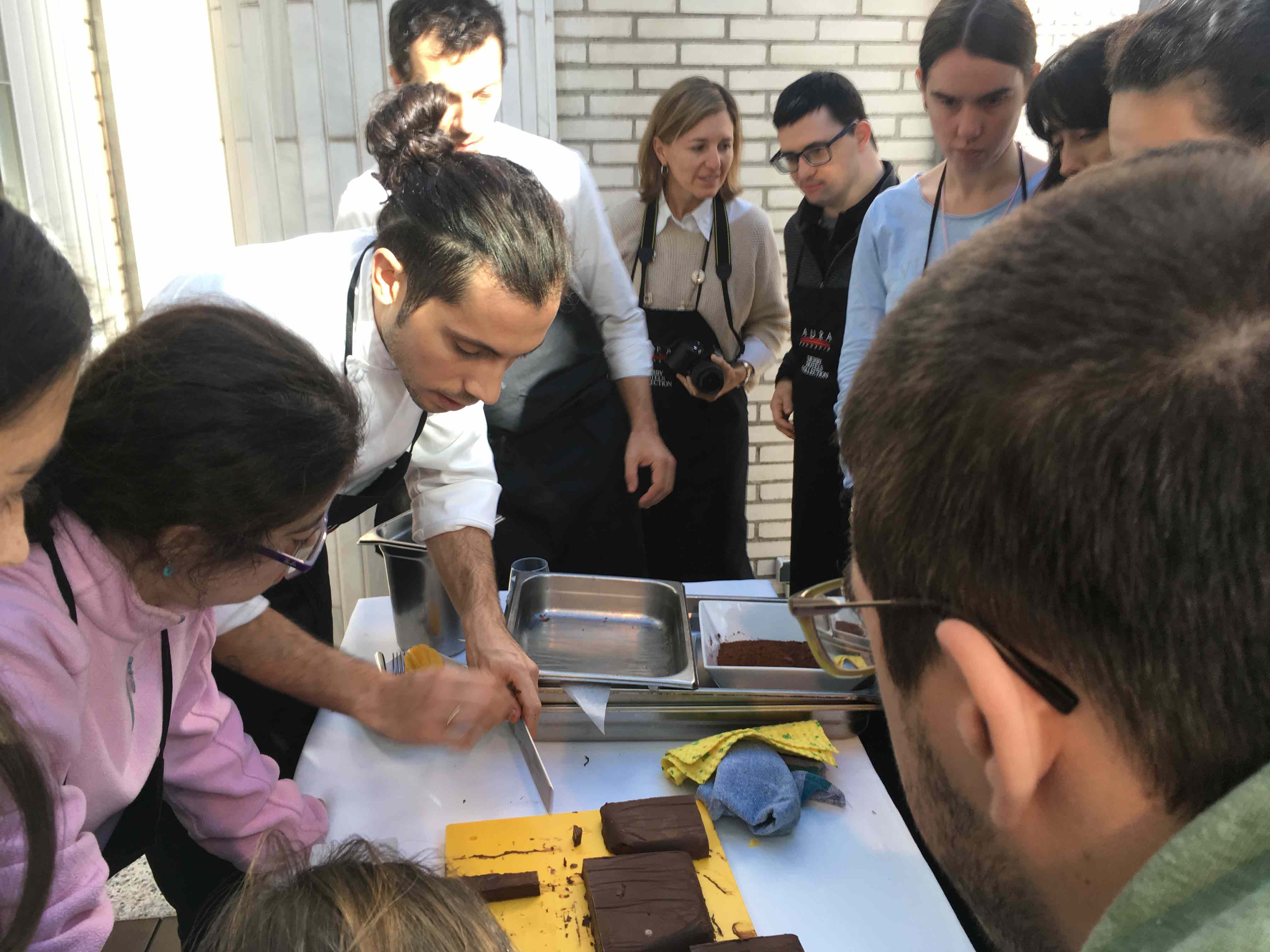 The youngsters also enjoyed a session on the organisation of housework and cleaning tasks provided by our head of housekeeping, Julia Llorente, and her team. 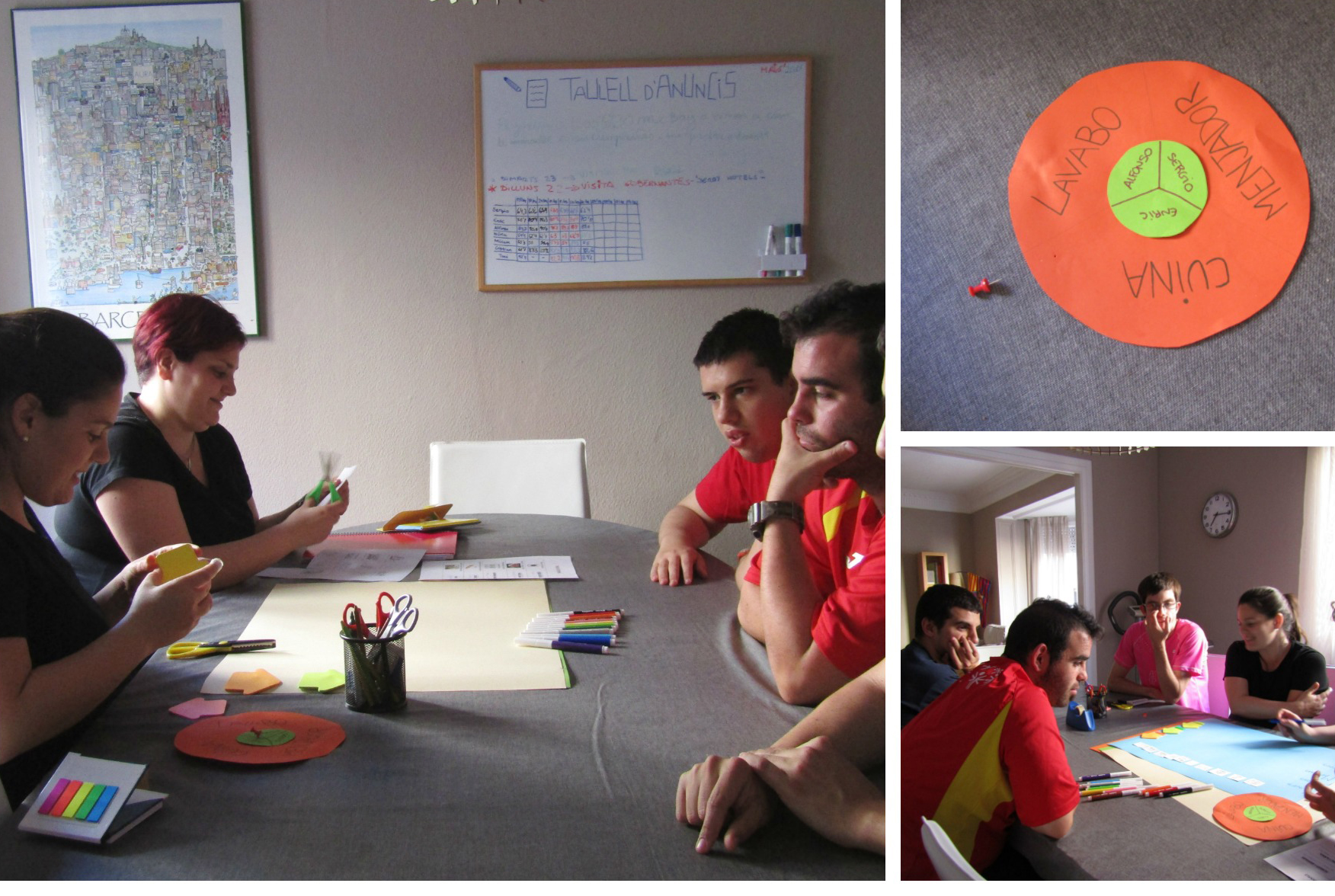 In addition to all these cooking demonstrations and workshops, a fun day was also dedicated to art and culture. In June we took the Aura Foundation youngsters on a trip back in time to Ancient Egypt at the Egyptian Museum of Barcelona.

They listened to the history behind each artefact in the museum and tried to imagine life as one of the inhabitants of the ancient empire. This session combined an interesting guided tour with interactive activities in which they dressed up as pharaohs and put themselves in the shoes of Ancient Egyptians. 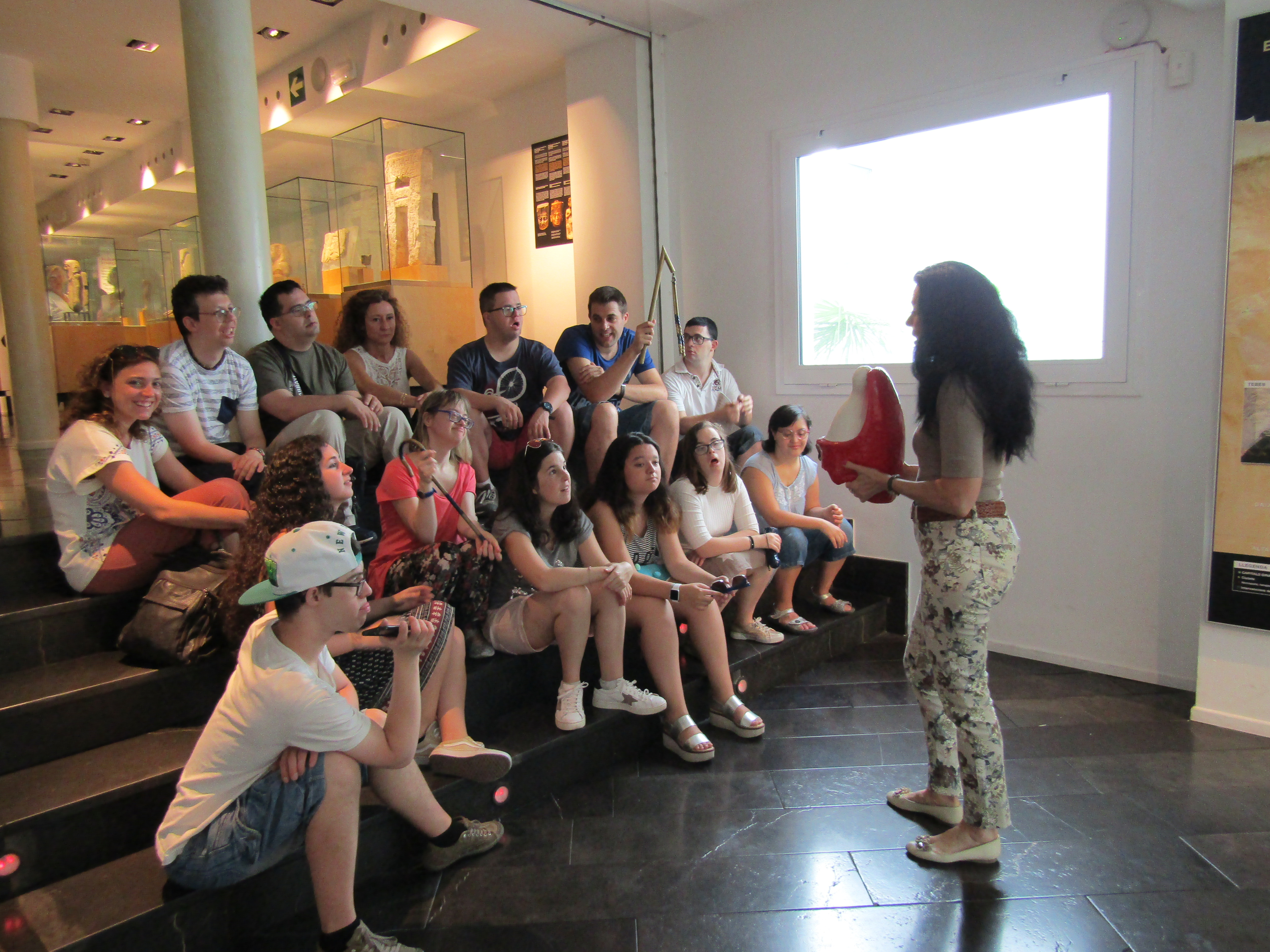 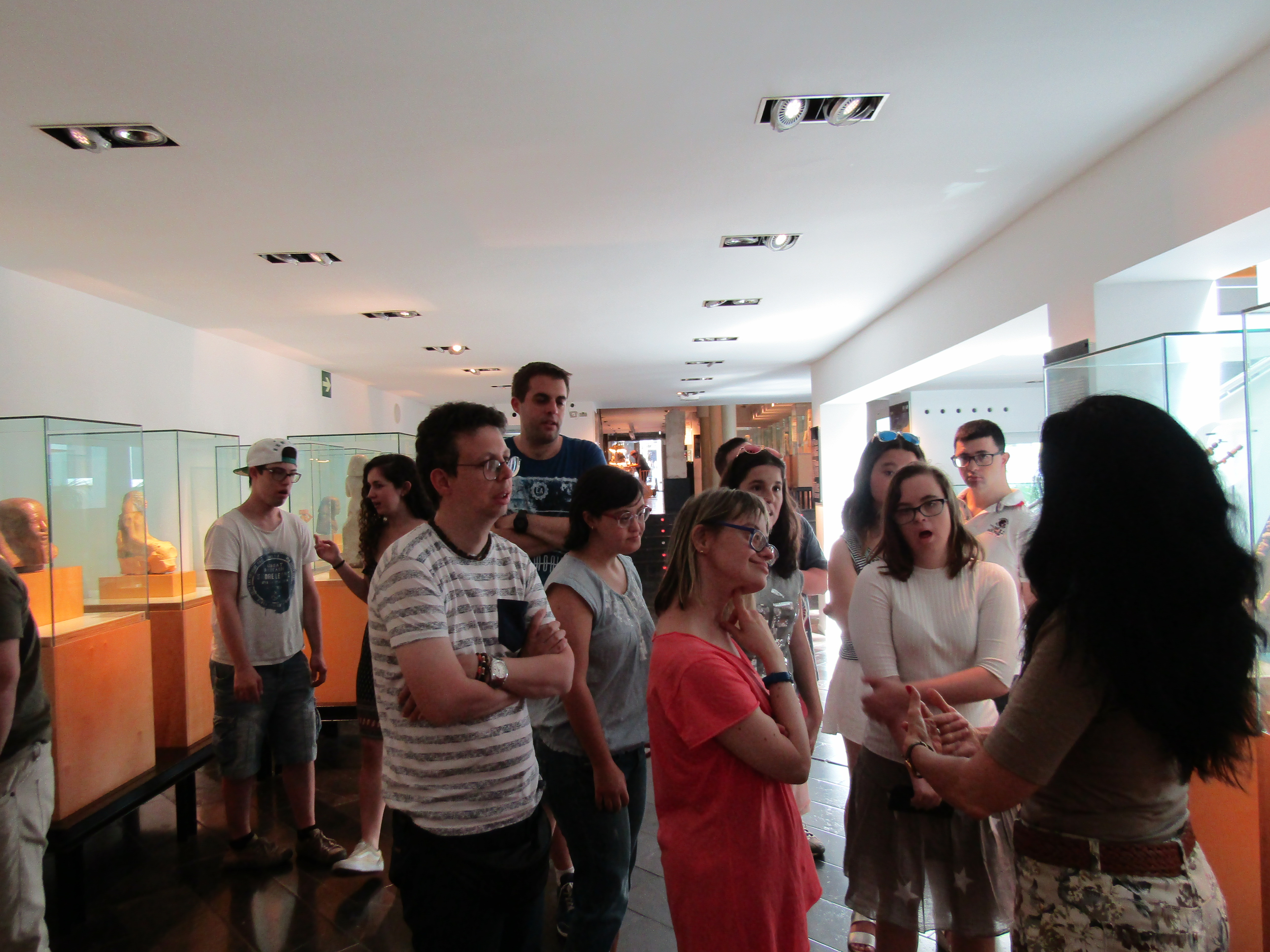