Fashion through the eyes of Opisso at Hotel Astoria

Fashion through the eyes of Opisso at Hotel Astoria

On 26 April, the Hotel Astoria presented a series of previously unseen works chronicling the fashion of a bygone era by Catalan artist Ricard Opisso.

The exhibition took place in the Opisso Museum located in the hotel, which houses the most important permanent collection of the Costumbrismo artist’s work. 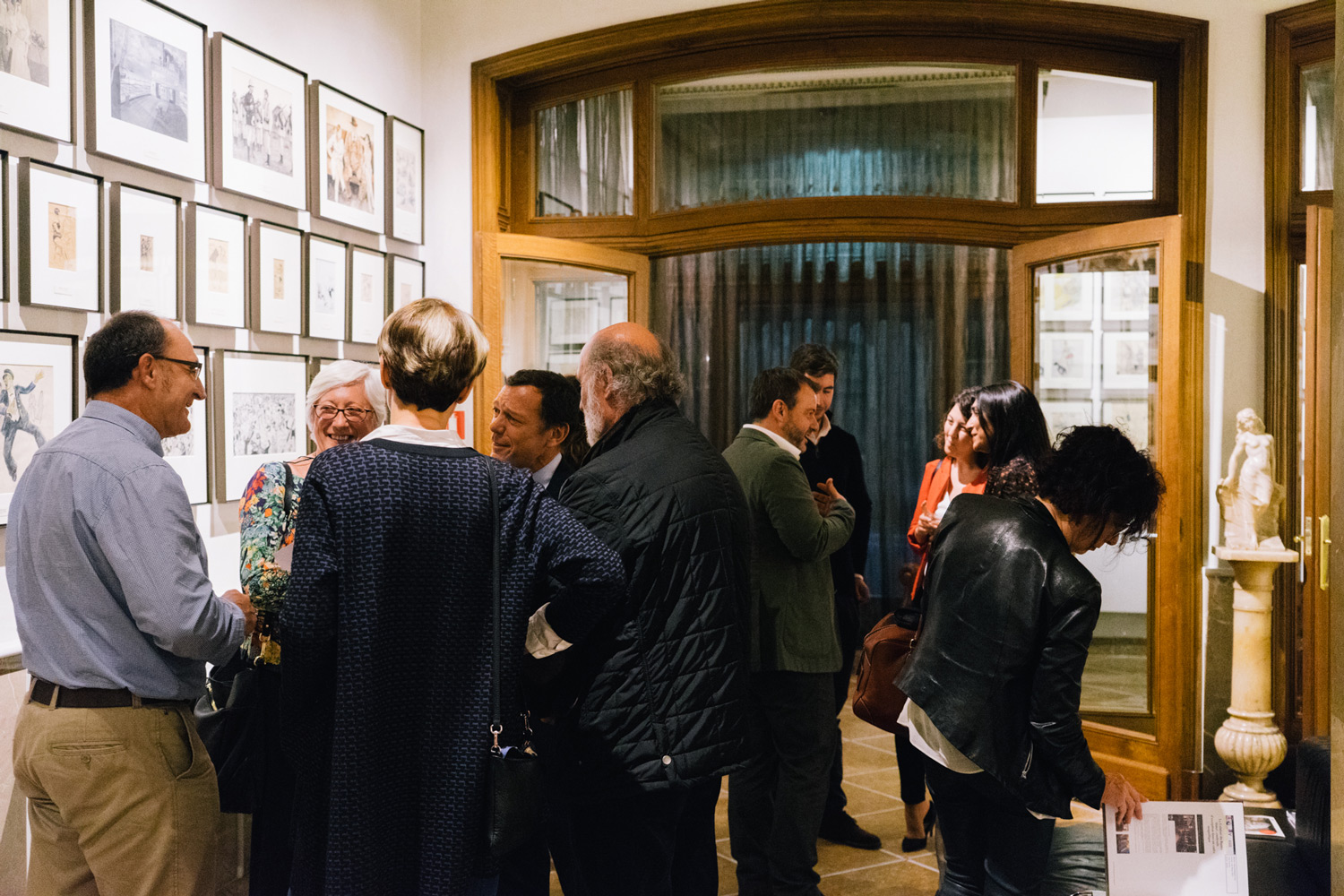 A magical night with a vintage atmosphere

The event, with themed decor and costumes reminiscent of the artist’s era, also featured music inspired by the author’s works. Guests were treated to a wonderful evening with live music from DJ Simone Siel and a guest pianist. 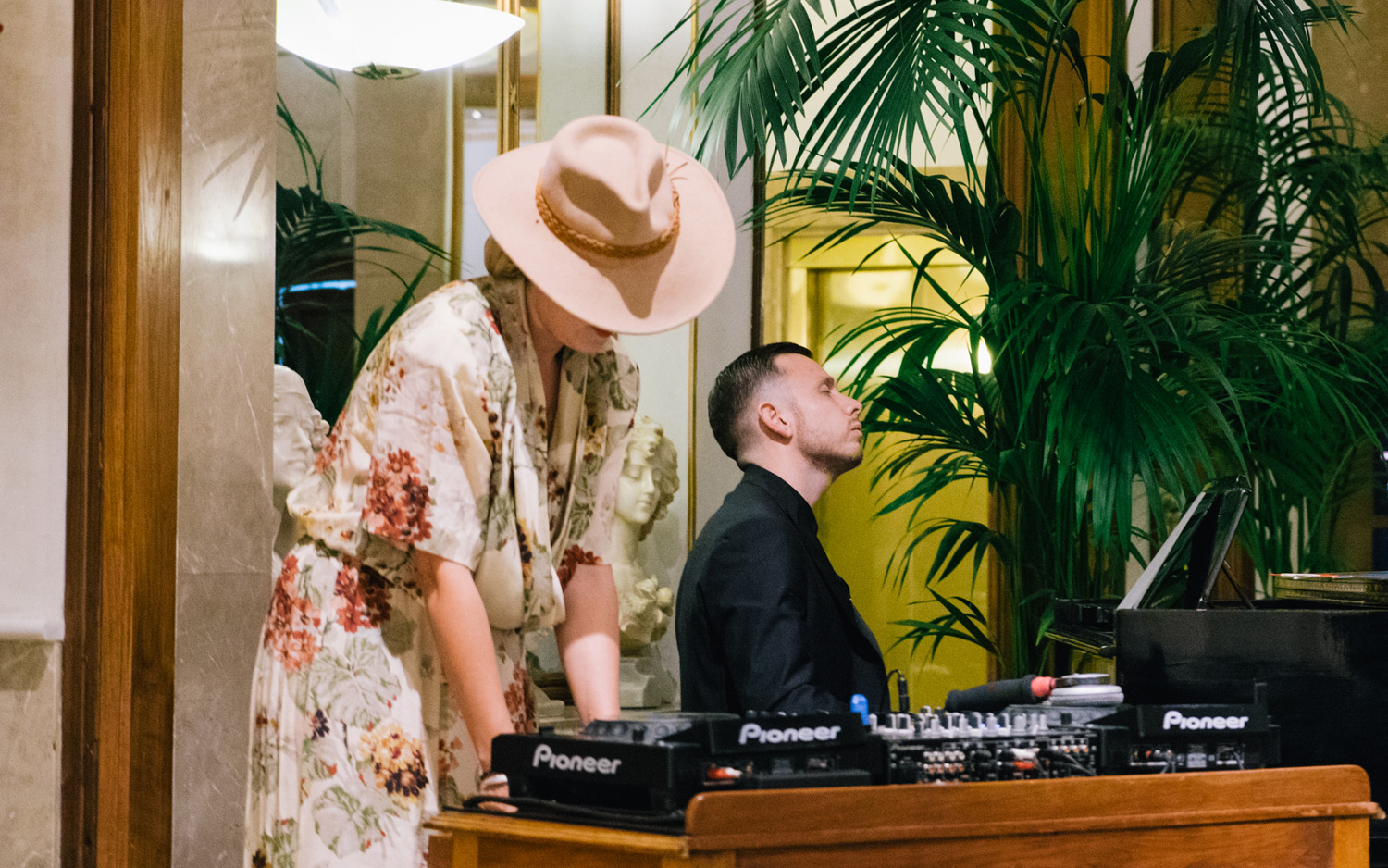 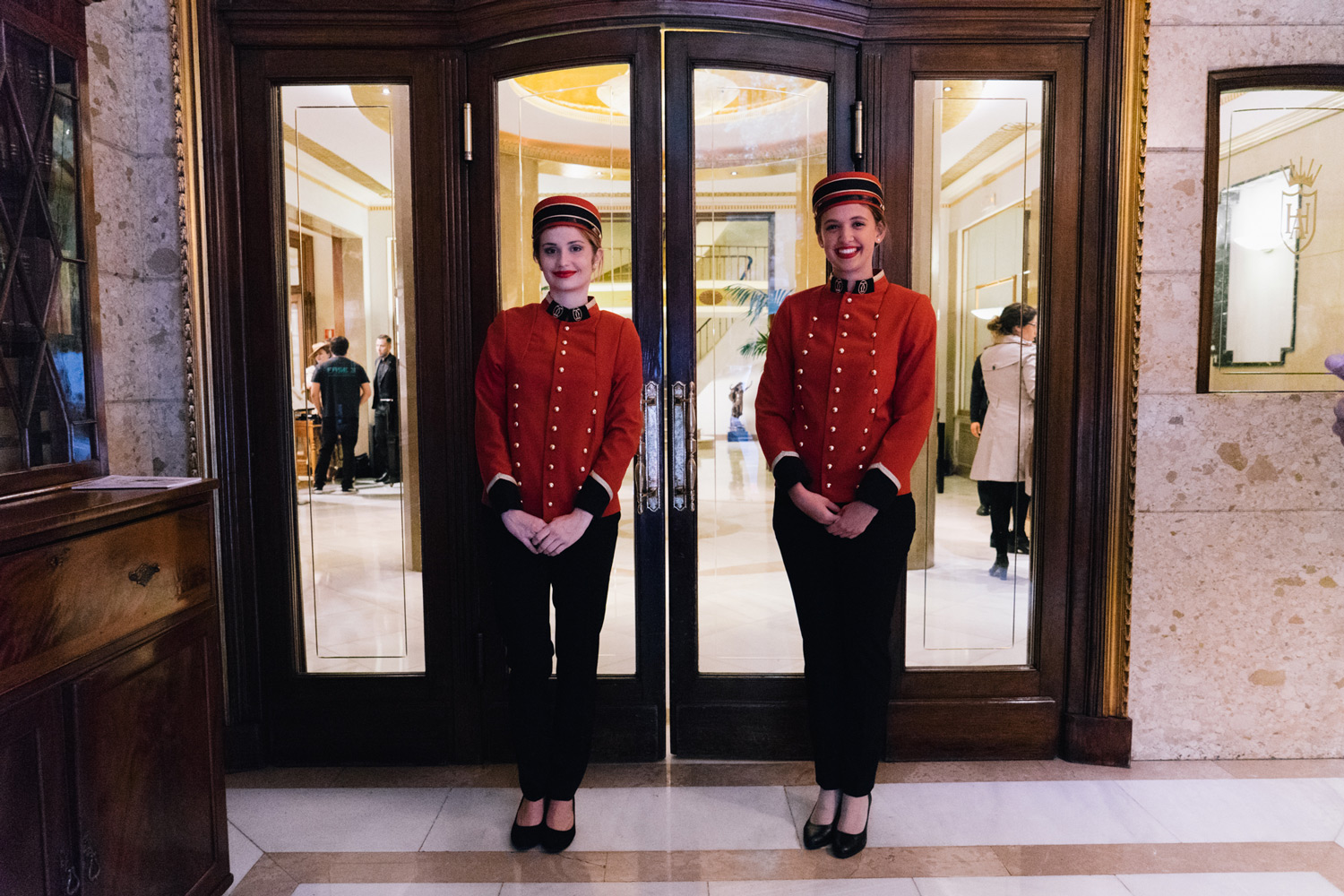 ‘Opisso at the Astoria. A study in fashion’ provided an unprecedented opportunity to view the Costumbrismo works of art included in the exhibition from the private collection of the Clos Archaeological Foundation. A new catalogue was produced to mark the occasion featuring the Ricard Opisso works selected for this journey through fashion.

The event was a great success and we were honoured to welcome a great many guests, including acclaimed journalists, key figures from the business world, art and history lovers, as well as the members of the Derby Hotels Collection team. Opisso and fashion, it was a date not to be missed! 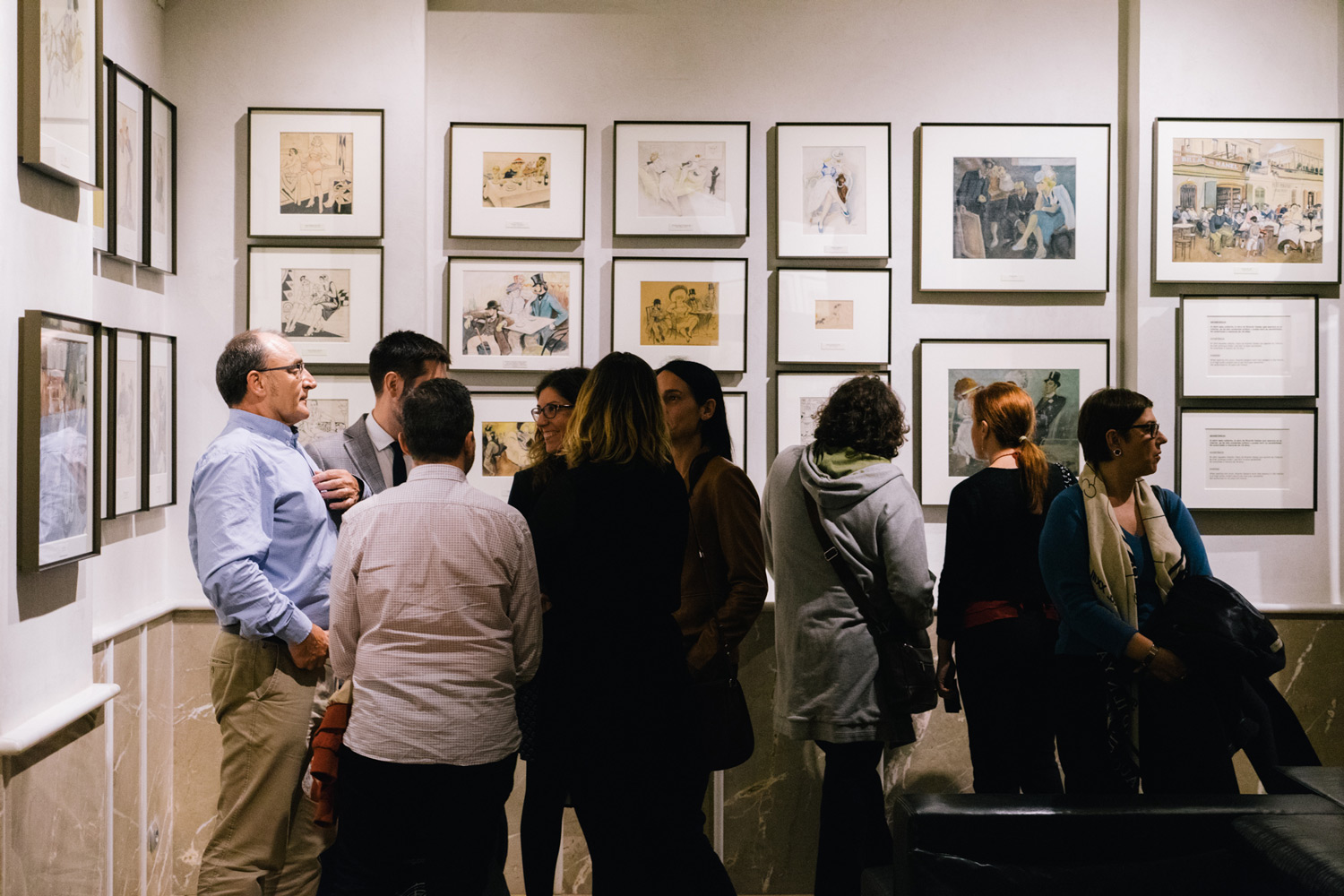 There are more than 250 originals, including drawings, watercolours and oils on display at the hotel, all complemented by additional artist documentation and special editions. 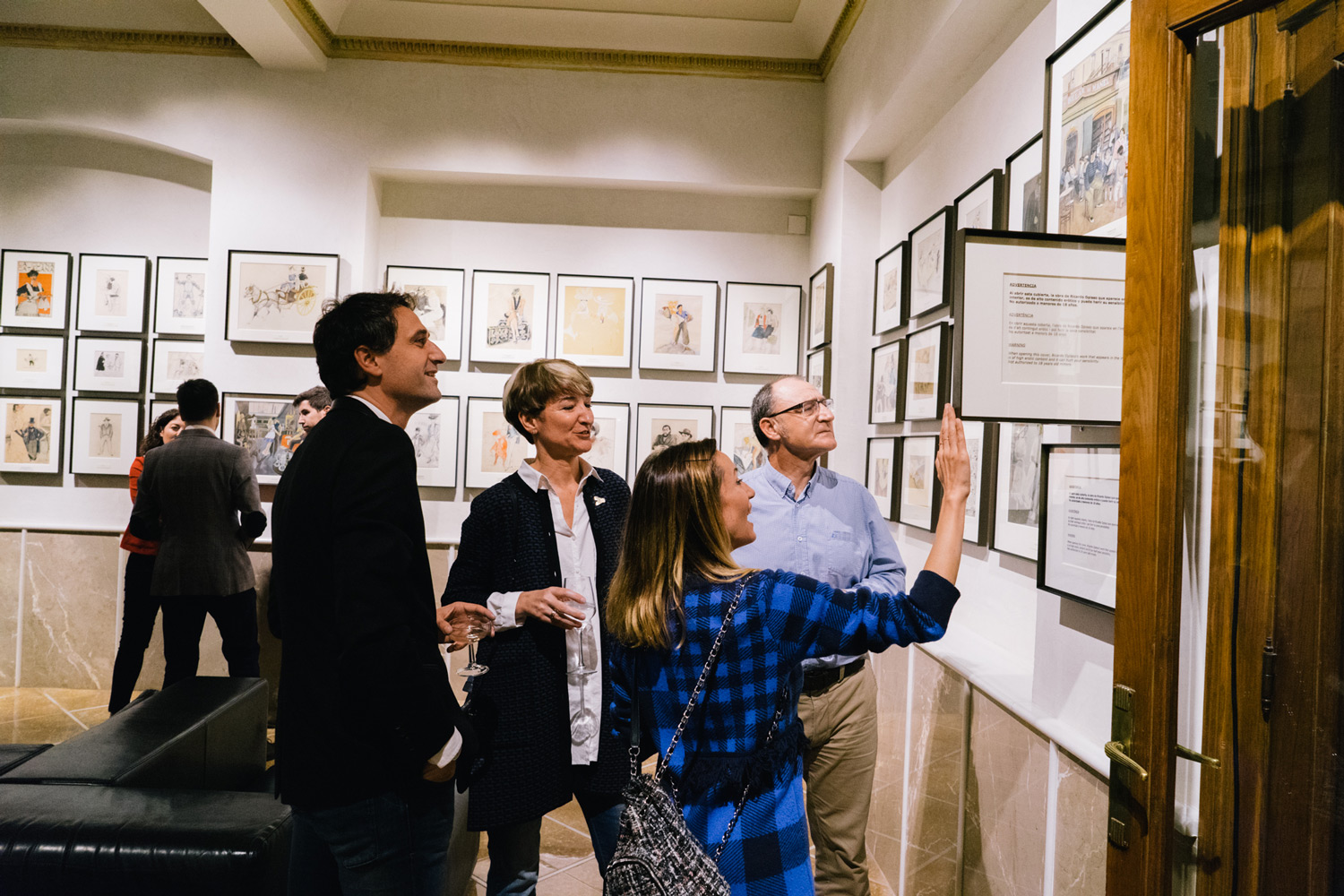 The Opisso Museum invites visitors to embark on a journey full of humour and irony through this visual chronicle of twentieth-century Barcelona society. Company president, Jordi Clos, has been collecting Opissos for 17 years and created the museum in 2007.

“Opisso is one of Spain’s most relevant Costumbrist painters, little known outside of Catalonia. The artist’s periods that are particular favourites of mine are those in which he draws historical figures linked to the Quatre Gats and those of his Paris era, clearly influenced by the Impressionist style from the start of the century”, says Jordi Clos.

The great master of Costumbrismo

Born in Tarragona, Ricard Opisso was an important illustrator and painter of the late nineteenth and early twentieth centuries. He was also considered an excellent chronicler of the society of his time.

His works, full of irony, vision and political satire, were published in Catalan magazines such as L’Esquella de la Torratxa and Cu-Cut!, as well as French publications such as Le Rire and Ruy-Blas. His drawings for children’s publications were also popular. 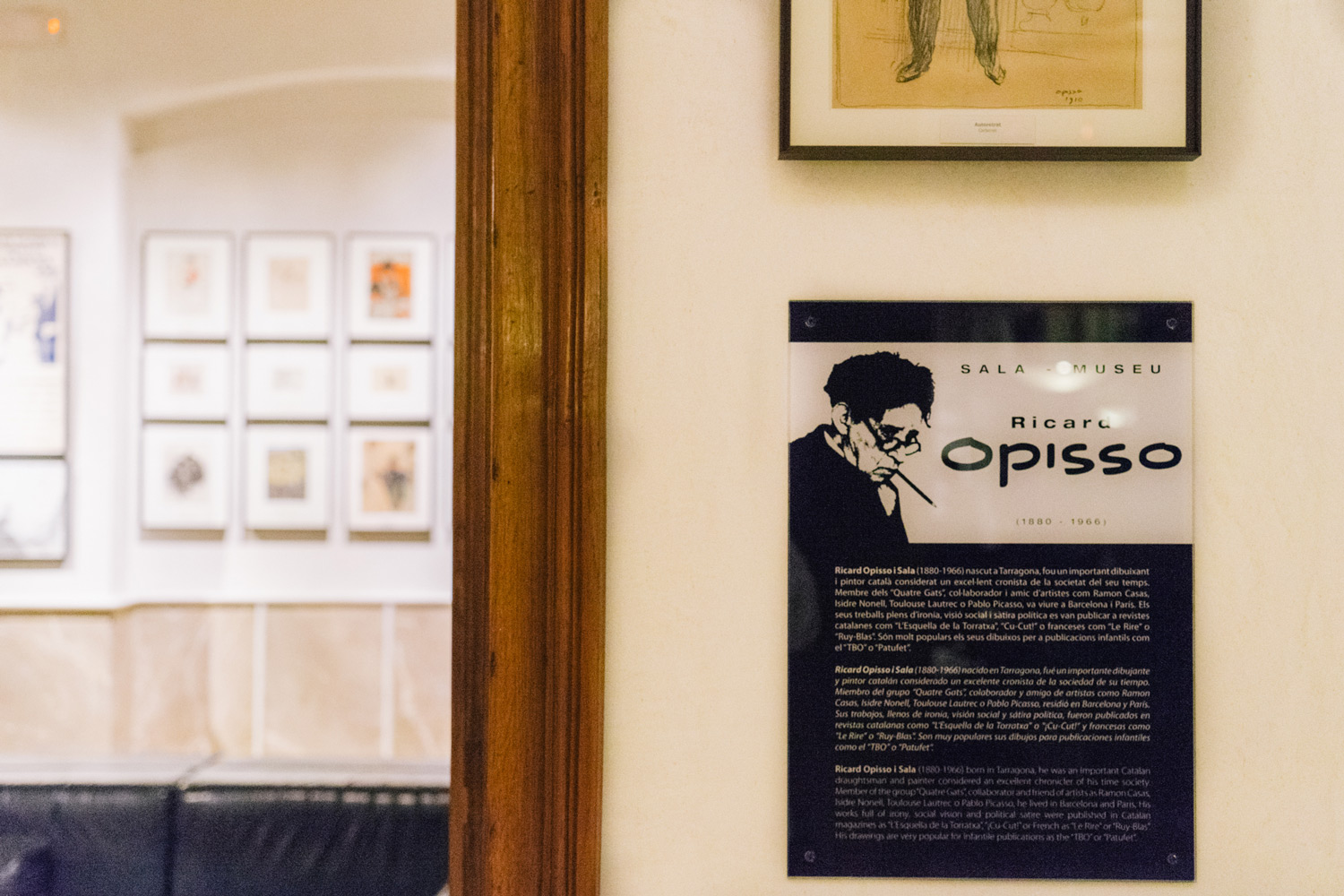 One of the people we were particularly eager to invite to this presentation of previously unseen works with a slant on fashion was fashion historian Pilar Pasamontes. In this first monograph, Pilar points out that fashion is a reflection of what happens in society, which is something that Opisso always understood perfectly.

‘His position as an observer made him an authentic fashion illustrator. He depicted everyone from the greats, Picasso, Toulouse Lautrec…to the prostitutes at Madame Petits…but, above all, he had the pencil and swiftest, most voracious vision which could capture what the fashion reality would be before anyone else. […] All as a result of understanding what image means and how important it is to know how to arouse emotion.’ And that is the reason Hotel Astoria wanted, once again, to pay tribute to the Catalan artist through this exclusive presentation of Costumbrismo art.

We have included some photos of the event that are sure to transport you back to that magical era.