This past weekend was presented in Madrid the exhibition Jean Paul Gaultier Fashion universe: from the street to the stars, the first international exhibit devoted to the French designer visits Spain. A showing that can be enjoyed at the Mapfre Foundation until January 6, 2013.

An innovative project that brings to light his figure, his work and his influence during the 35 years that Jean Paul Gaultier has been dedicated to the world of fashion. The exhibition, which consists of 110 haute couture and Prêt-à-porter designs and more than 50 sketches, describes all stages of the famous designer: his punk spirit, the science fiction and ethnic references and his most glamorous dresses worn on the Oscars red carpet.

The exhibition shows to the public some of his works never exhibited in the past such as his immortalized dresses in Pedro Almodovar’s films Kika, Bad Education, The Skin I Live In and the corset worn by Madonna on the Blond Ambition Tour. You can also see the first suit he designed in 1971 and the teddy bear he dressed up during his childhood Gaultier.

The show is produced by the Museum of Fine Arts of Montreal in collaboration with Fundación Mapfre and has the former model and right hand of the designer, Thierry-Maxime Lorito, as the curator.

He assures that he is no longer the “enfant terrible“, but “an old man terrible” that lives fashion with hope, passion, joy and with great optimism. An exhibition not to be missed if you want to enjoy a retrospective on Gaultier’s work that reveals his love for Spain, Almodovar and bull-fighting. 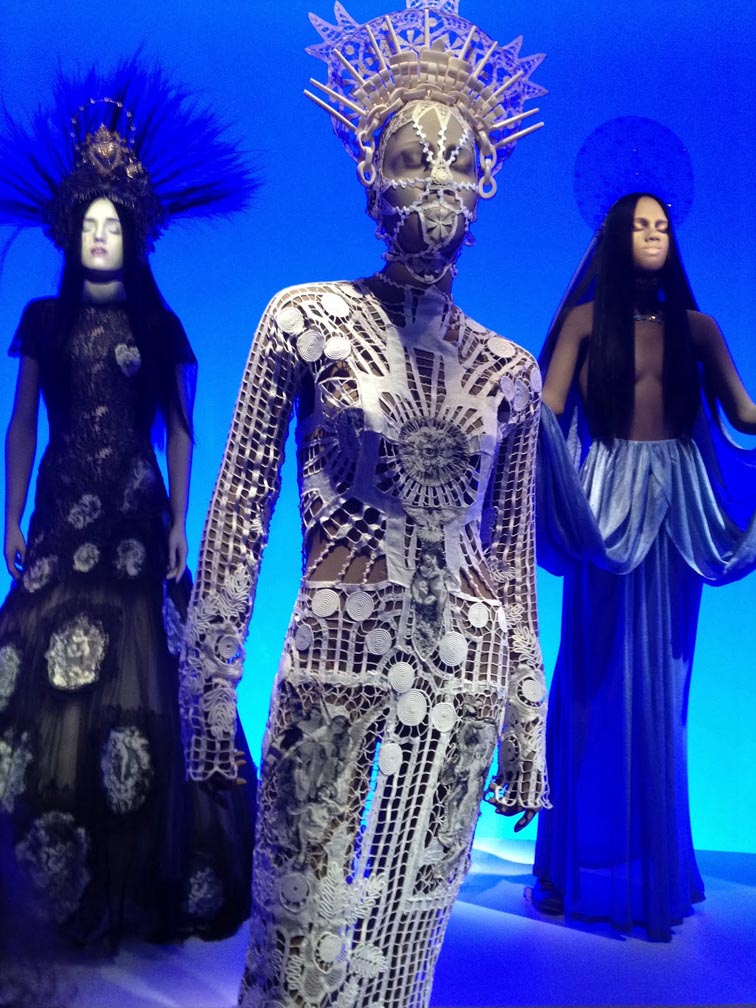