So we are going to celebrate it through a partnership in the shape of a joint evening reception with the London Spanish Festival. The event that takes places on October 3rd will consist of a reception in the hotel that will be attended by personalities from the Spanish and British film industry. So stay tuned because we are going to tell you all the things that happen there on a future post.

Today we are not going to reveal nothing else about this amazing event but we are going to introduce you the 10th London Spanish Film Festival.

From the 25th of Septembre til the 5th of October, the London Spanish Film Festival is going to offer a wealth of film screenings, talks, tertulias, book presentations and Q&As with filmmakers and actors.

Other films that will be offered by the London Spanish Film Festival are: “The Food Guide to Love” (culinary cinema), “Purgatorio” (tense thriller), “Las brujas de Zugarramurdi” (another demonstration of Álex de la Iglesia’s distinctive and fascinating style)… 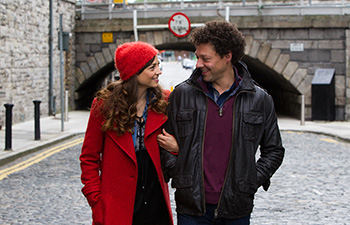 Film screenings and events will take place at Ciné Lumière and Instituto Cervantes.

You can see all the program here,  and if you a cinema lover don’t miss the oportunity to live this experience at our hotel. You can book your stay at The Caesar Hotel in London now.