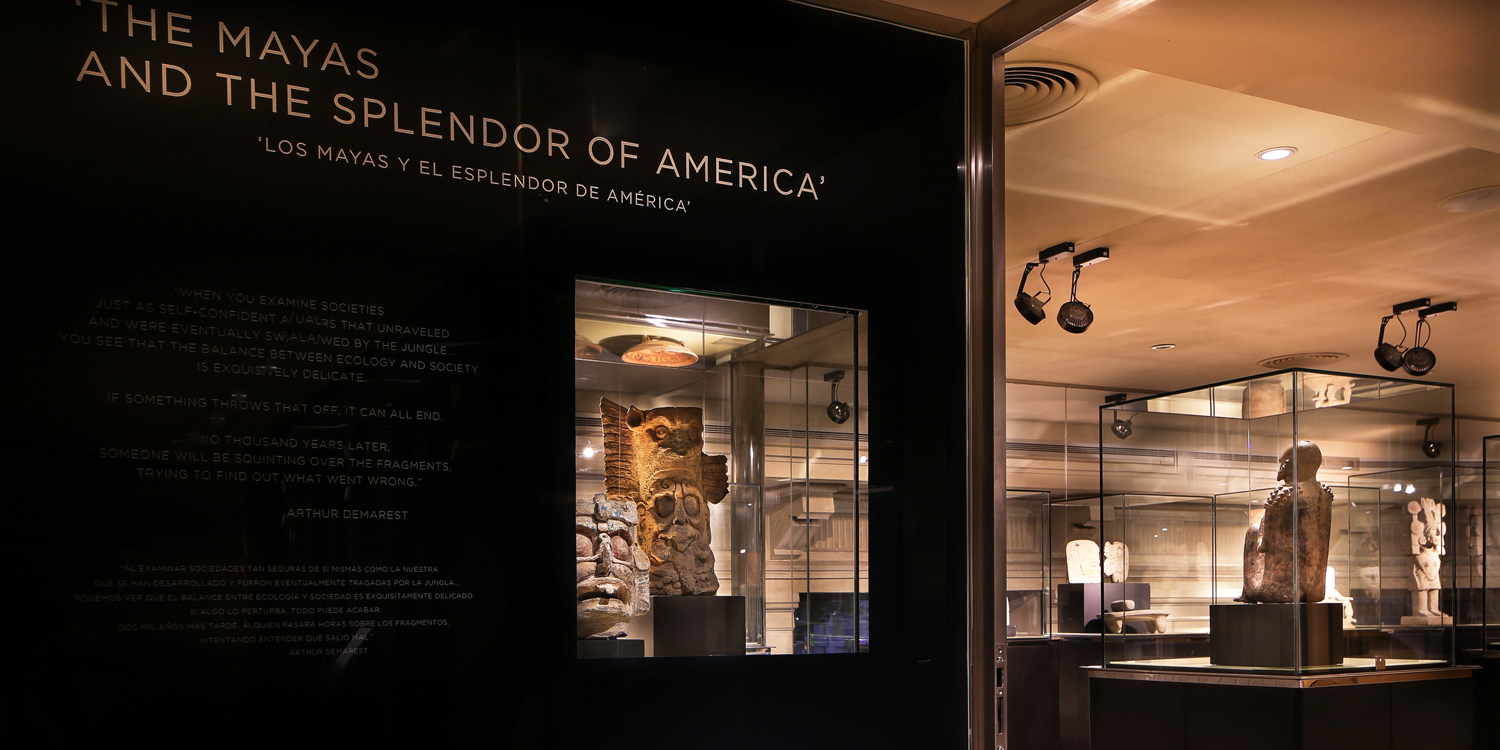 The museum in Hotel Claris 5*GL is hosting the exhibition ‘The Mayas and the Splendor of America’, which comprises more than fifty previously unseen works and a large selection of the most representative pre-Columbian and Mayan creations.

All the Mayan pieces are part of the private collection of the Clos Archaeological Foundation and were personally selected by chairman Jordi Clos.

A journey through Mayan culture without leaving the Claris

The exhibition takes us on a fabulous journey to the origins of the Maya civilisation. It starts with censers decorated with the face of the god of fire, whose scent was part of the food of the gods, and continues with hachas, used along with a yugo or yoke and a chest protector or palma in the traditional Mesoamerican ball game.

There are also several pieces of jewellery made of jade, the colour of plants, particularly maize as it grows.

One of the most outstanding pieces in the exhibition is an Olmec mask, the oldest in the collection, which dates from the Middle Preclassic Period (600-300 BC).

Visitors can also see Mayan ceramic vessels, one of the most successful productions of the ancient world. They were used as tableware, grave goods and diplomatic gifts. They are striking for their decoration, which features hieroglyphics, geometric motifs, animals, gods and humans shown undertaking a number of activities, particularly religious ceremonies and scenes from palace life. 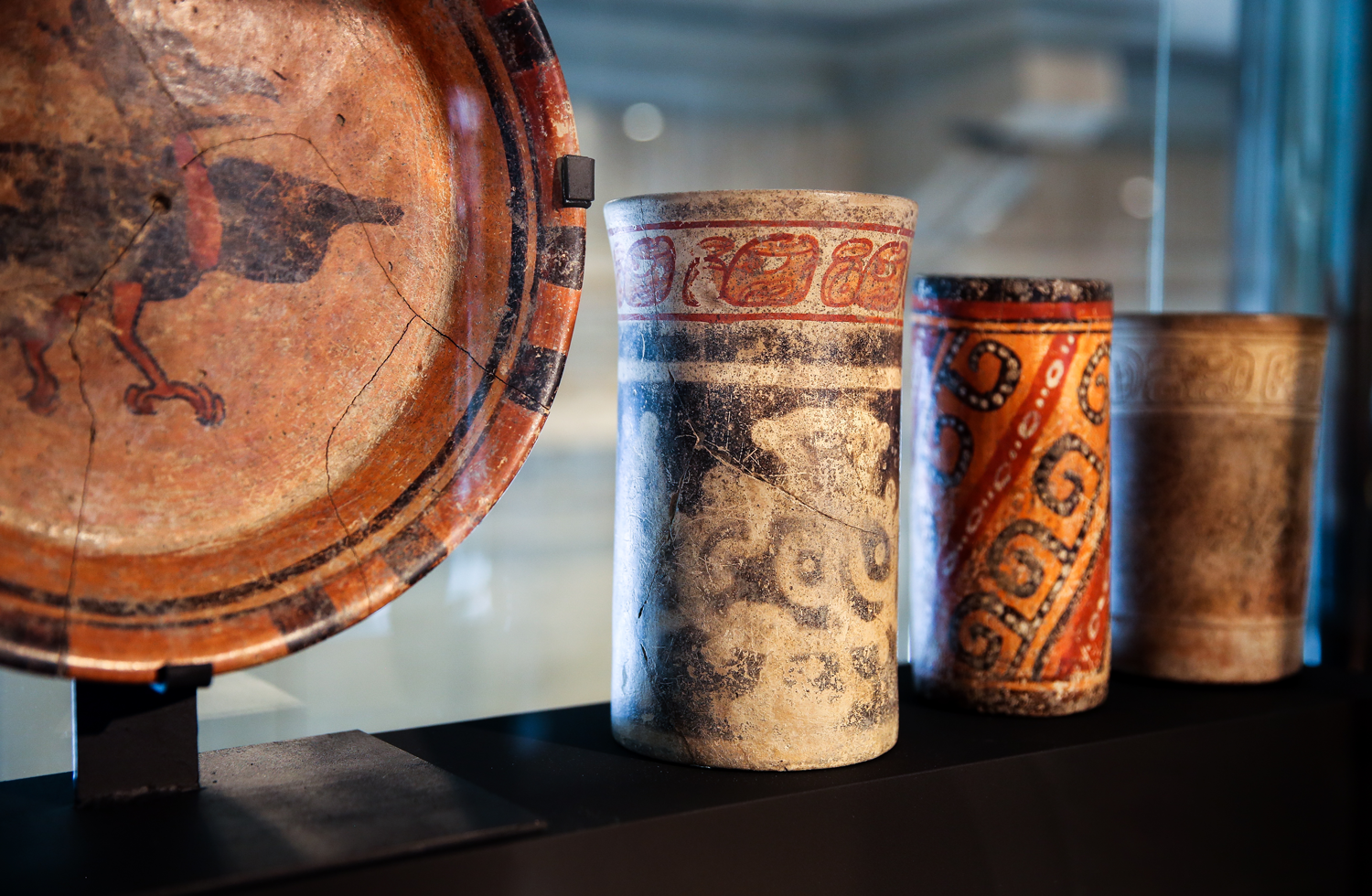 Mayan ceramics are amongst the most successful productions of the ancient world, from a technical and aesthetic point of view. They were used as tableware, grave goods and diplomatic gifts. 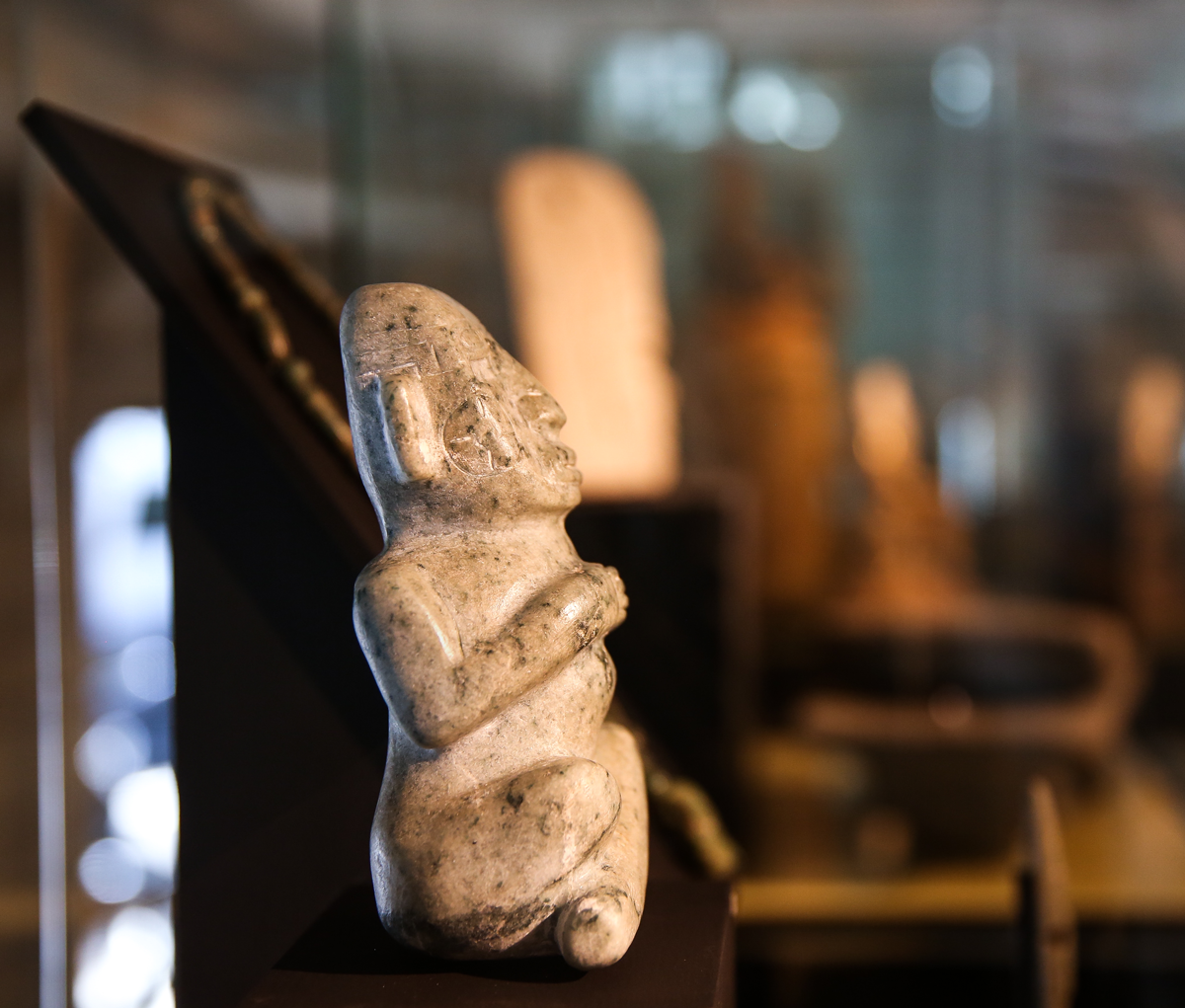 This figure could be the god of maize. This jade piece dates from the Late Preclassic Period (300 BC-200 AD).

Jade objects were used as votive and funeral offerings and as jewellery. Jade and other green stones were highly valued by the Mesoamerican peoples.

The Hotel Claris museum also features pieces from other Central and Mesoamerican pre-Columbian cultures: the Teotihuacan (an endearing articulated doll), Mexican/Aztec (a volcanic rock statue of the goddess Chicomecóatl, ‘seven serpents’), ceramic human representations by the various culture in Western Mexico (an elderly person, a hunchback and shaman figures known as cornudos Zacatecas) and typical statues of warriors with trophy heads by the peoples of Costa Rica, that lived through the impact of the arrival of the Spanish in America.

The Andean region is represented by stylised Nazca pottery, a Tlamalmeque funeral urn, a Manteño censer and a shaman in typical attire and equipped with various objects used in rituals. 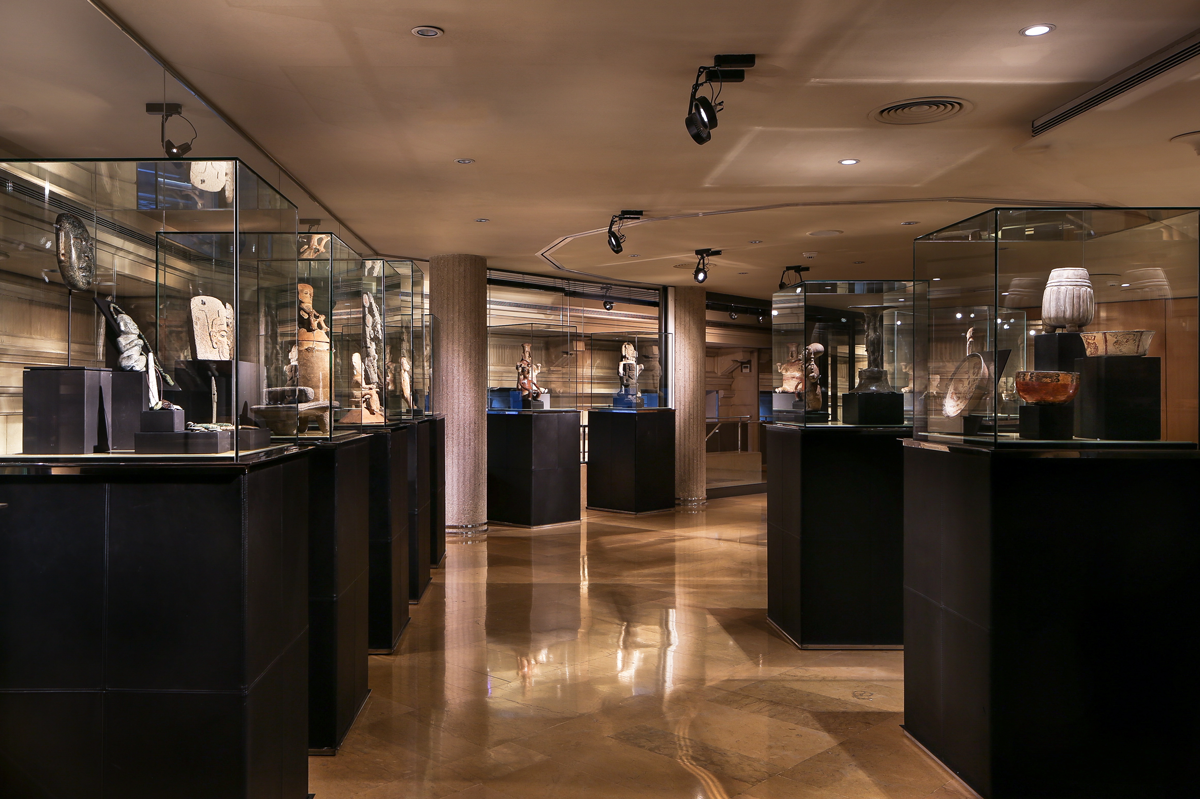 Don’t miss the previously unseen works ‘The Mayas and the Splendor of America’, an exhibition that takes you back to the origins of Mayan culture, on the first floor of Hotel Claris 5*GL in Barcelona.