Dearest friends at Hotel Urban, I am so glad to have held the premiere event at your premises. My creative team and I had such a wonderful experience under your care and I represent mteam to thank every one of you for making the premiere so seamless and smooth. 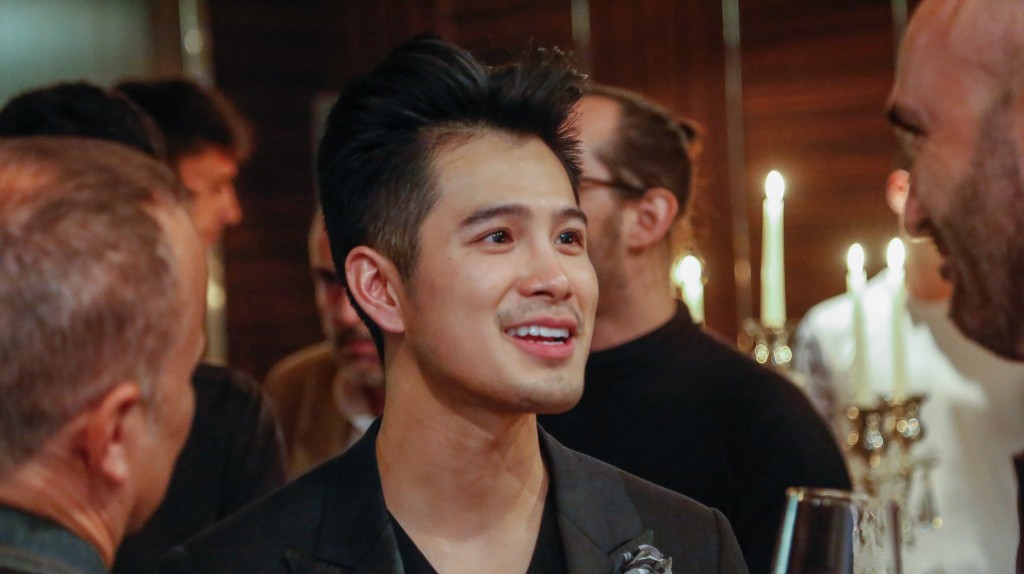 You came to Spain two years ago to record his first pop video and it hasn´t been able of leaving this country. Why you are fallen in love with Spain?

There is this magic about Spain that differs itself from the other countries I have been for creativity. I was captivated two years ago when I first stepped into Madrid when I was returning from Los Angeles to Singapore after working with some creatives here.

I wanted something that was new and different, and Spain’s openness captured me right away. I am a true believer of gut feeling or “inner voice” and I made a vow to come back to Spain because the openness in the culture and creativity is an excellent environment for creativity.

There is this great balance of Fashion, design, music and lifestyle in Spain that captured my attention that no where else did. The beauty in the history and beautiful hearts of people connected to me right away, it was as though every corner of the street inspires me every single day in Spain.

Working with director diego postigo on my newest music video “Nothing can stop us” took our artistic creativity to the next level. The audience in Asia and US immediately responded with a very positive response from his direction. It was such an ease because Diego Postigo connected very well with me and the incredible Spanish Actress Sabrina Praga on set. He has this great sense of calmness which puts the actors at ease and he was seamless in conveying our emotions.

My concept director Julio Jimenez Corral was a genius in creating a controversial concept that connects with people through the use of social media. This was made superb with my art director and producer Ilduara Vandall and Stylist Pascal. Spanish talents are way off the top. I never had so much fun filming in a music video.

In his last video- presented in the Hotel Urban in Madrid-, it reports the current relations with the RRSS. What does think of this new form of communication?.

Social media is an incredible and important form in the music business and every industry. It allows the audience or consumers to directly connect and attain large amounts of information in the shortest period of time. Today, social media allows audiences to directly interact with businesses. Social media basically opened up the connectivity of the world  to an application, be it facebook, twitter, instagram – these are modes of connectivity for business which are key roles in building a client base for all industries.

It is also such an incredible way to generate feedback from audience all across the world. Take for example if you’re a business owner, you need to improve on certain aspects of your business. You post a question up on social media and you get the real response of your audience. It’s absolutely the key role for businesses to learn directly from their audiences.

I think social media is an absolute, fast communication channel that changed the entire communication industry and it a vital knowledge needed in all industries.

In his videos, always there is a sum of art, fashion, technology and pop. Who are your artistics references?

A pop video is one that can connects easily with everyone. The fashion, art, technology in the videos allow individuals with different interests to be connected with the videos. I am absolutely inspired by Michael Jackson, the ability to put fantasies to create imagination amongst those who listen to his music and watch his music videos.

I am also very inspired by film director Pedro Almodovar. The first time I came to Spain and met him, he was incredible humble and was the only person whom spoke to me in English. He is a great role model for creative individuals – who has a very clear vision of what he wishes to create.

I am always inspired by different genres of music, not only in Pop. I recently went to a premiere of the documentary of late paco de lucia in Spain. For me, Flamenco music was something always very mysterious and I always wanted to understand it more to spark my creativity. I spoke to Curro Sanchez after watching the documentary and shared with him that even though I was from Singapore and Spanish language is not familiar to me, I felt entirely connected to the documentary and understood perfectly the message that was conveyed in the documentary as a musician. My hair stood on ends the beginning of the documentory. Paco de lucia was so passionate in his art, and I can completely relate to that. He was also fearless to introduce different genres into his music. I felt incredibly inspired by paco de lucia and am grateful to have learnt this important part of the flamenco culture in Spain through Curro’s documentary. Most importantly, I’ve learnt about his attitude in life. I will definitely be imparting a form of creativity in my art through this wonderful experience thanks to Curro who is incredibly passionate in his works. I have so much to learn from Spain.

Also Stefanie Sun, my role model Singer in Singapore. She has such a beautiful heart and incredible down-to-earth personality that inspires me. I will never forget her words before I became a singer that always stayed in me. “Always keep your head held high”

A project: to announce new Spanish talents to the world. What thinks of the national values and what is what attracts you of them?

The Spaniards are incredibly creative. This is because the national value allows people to have their opinions and having a rich history and culture of the spaniards have enabled them to have an openness to have their own opinion about topics.

I believe opinions and perception make up a very important part of creative process – and I use that very much with my creative team which we call “brainstorming”. By having differing opinions, creativity is often at its great form when you take of that differences and find a balance.

Because of the openmindedness of spaniards and them welcoming me with open arms, I felt at incredible ease to create and connect with the Spaniards. My mother is from Taiwan and the culture is very similar to that of spaniards – the love of family, the ones who gave you life. It is through this connection to love, that also makes spaniards so special which I can connect to.

Not to mention how Spaniards are so incredibly romantic, full of expression and opinions which is a must for the world to see. Spaniards are so open to show their beauty and instinctively have the natural sex appeal. It is this specialty from the likes of I love Spain and the world will too. 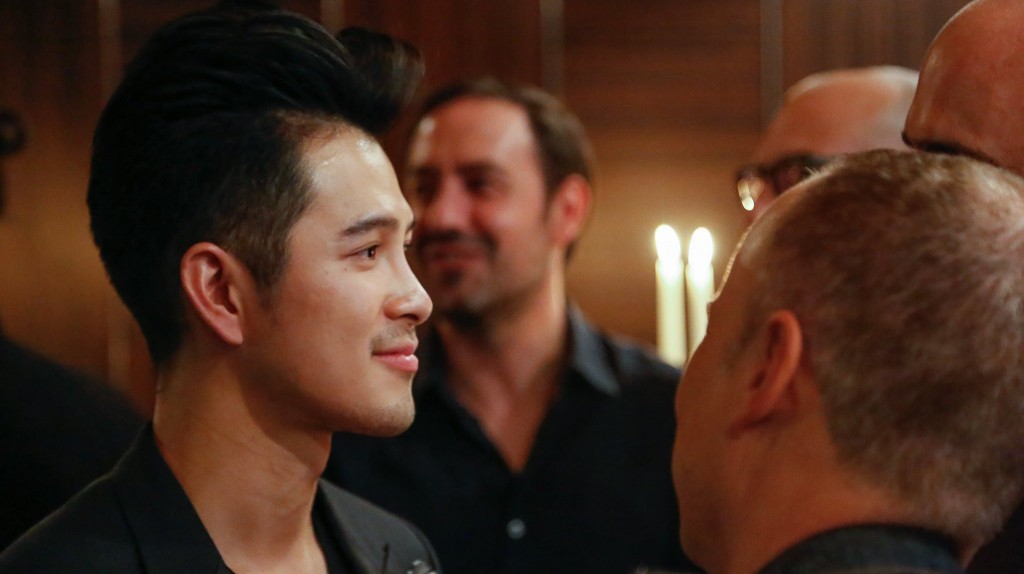 With the single “Hello” in English, it has reached the success of a trepidant way, but his career goes back for several years. How were your beginnings?.?.

I was always very passionate about the creative works I do. I never thought my music would receive such a great success in Asia and US. Everything happensed so quickly when you believe in what you do and passionately put your mind in it. Suddenly I am in Los Angeles surrounded by some of the world’s most incredible creative geniuses and producers who have so much positivity in them.

My second music video “Less is More” was also filmed in Spain by concept director Julio Jimenez Corral and was nominated as one of the best videos of the year in Los Angeles music awards 2014. This really show that Spain has talent and it is my responsibility to present all of the wonderful creative talents of Spain to the rest of the world because of what she has given me.

All I ever wished for was to create with my heart every single day. When “HOLA” was created, I just wanted to do something different at that moment and filming in Spain to present in Asia happened at the very right time. I also owe this to Spain for all the creative individuals and inspirations that she has given me.

People in Asia loved the music videos I have made in Spain because the treatment, art , direction are very different of that in Asia. I think the key effectiveness lies on the fact that it is different from what we see in Asia. I am so proud of Spaniards and made a vow to show it’s talent to the world through my projects in Asia and Hollywood.

Asia is always anticipating the creative works that I make in Spain.

It moves with the same agility inside a ballad as a pace hip-hop, but in what kind are you more comfortable?.

What I love about Pop is it’s versatility to put many genres in one. I have a classical influence during my studies in Melbourne where I secretly took up music classes without my parent’s knowledge. It is through which I ventured to Hollywood to train up on music composition where I learnt the importance of all the different genres. That was the key importance as a songwriter which allowed me to appreciate jazz artistes, classical artistes, hip hop artistes, opera artistes. The future of pop lies in the mixture of different genres in which you will witness that in my upcoming projects with different genres.

Mode, art .. not only you play on music and, in fact, we have seen you as image of a Spanish fashion brand. Which are his near projects inside these fields?

You are going to see a lot of spanish talents in my upcoming projects, we will be collaborating between US, Spain and Asia. You will see the outcome of cross cultural creativity explosion.

You has chosen Hotel Urban for the presentation of your newest creation . What you like the most of this Hotel of Derby Collection?.

Hotel Urban sits perfectly in a modern edge, intuitive and superb friendly service. Pepe Garcia, the communication director is a precise individual who knew exactly what we needed, our production from Singapore is extremely pleased to have Hotel Urban  and Pepe organize the presentation of the video. The hotel’s superb decor and service was perfect for the presentation of the video. The guests were left with an incredible experience thanks to the hotel and enjoyed every second of the video. My creative team and I thank you for the incredibly warm hospitality by team Hotel Urban and Pepe Garcia. I can now call Pepe Garcia not only a superb key communication personnel in the hospitality industry but also a great friend.

To all you readers, dreams do come true. Nothing can stop us.

The 5 most instagrammable spots in Hotel Urban