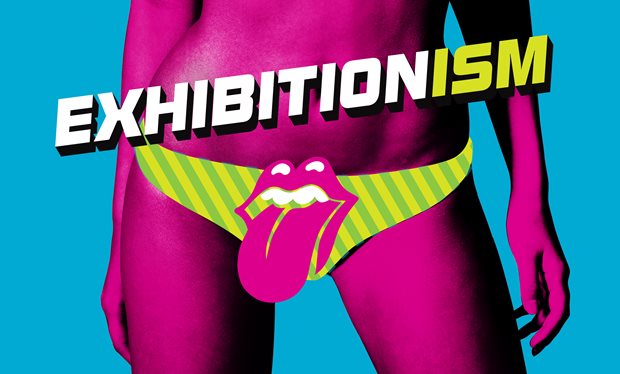 Exhibitionism is the first international exhibition on The Rolling Stones. Taking over the entire two floors of the Saatchi Gallery in London with nine thematic rooms, the exhibition combines over 500 original Stones’ artifacts, with striking cinematic and interactive technologies offering the most comprehensive and immersive insight into this British band’s fascinating 50-year history. 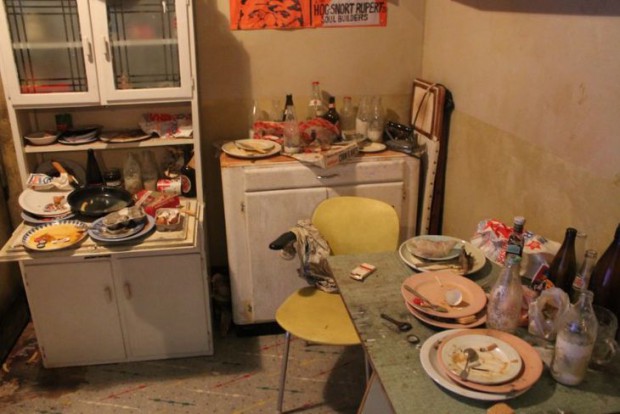 It opens, rather strangely, with a re-creation of the apartment that members of the band shared in Edith Grove not far away from the Saatchi Gallery in Chelsea. The flat, where according to the band is where ‘all started’, was shared by Mick, Keith and Brian Jones in the early Sixties and it recreates in all its revolting splendour: beds unmade, cigarettes stubbed out in half-eaten plates of food, a filthy death-trap gas cooker and horribly convincing mould on the walls. 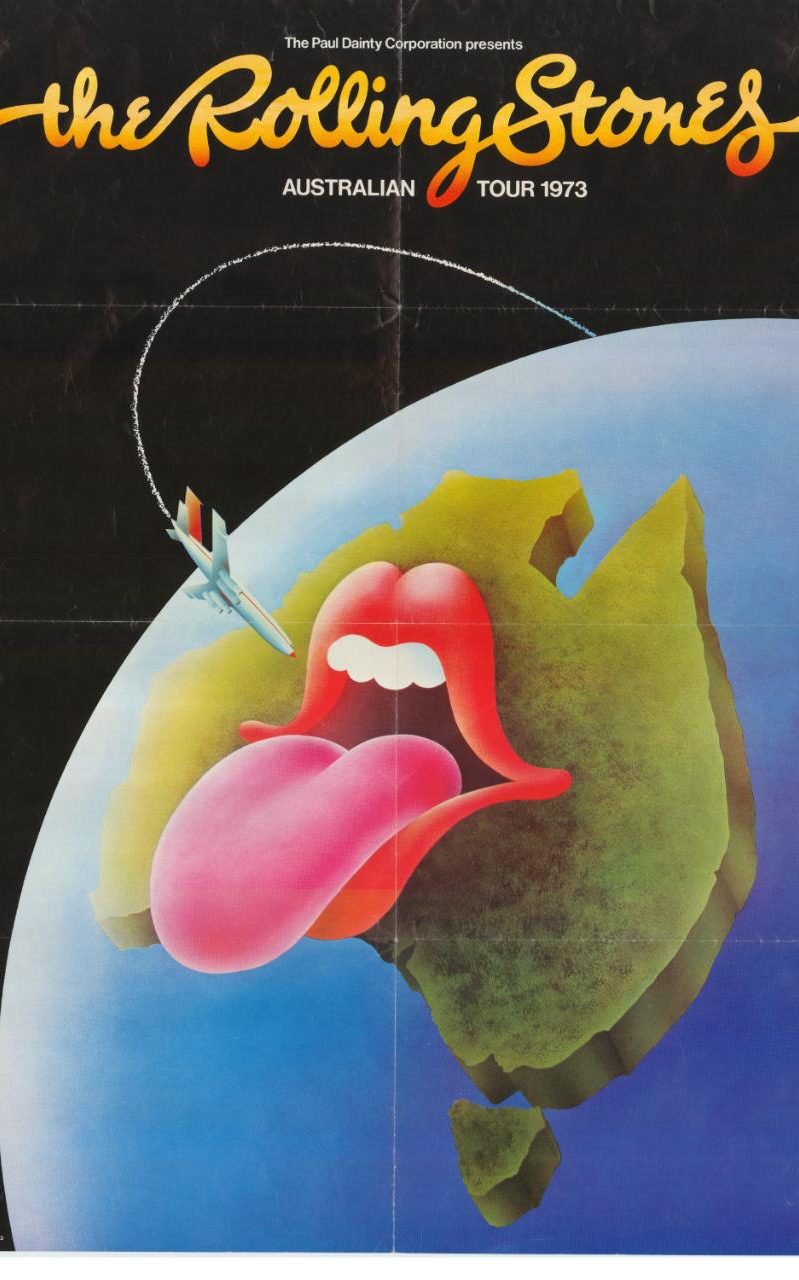 There’s another reconstruction of the bands’ past, Olympic Studios during the recording of the song Sympathy for the Devil, but elsewhere the exhibition takes a more predictable, if never less than stylish course, with displays of photographs, original posters and album covers, concert programmes, rare guitars and instruments, iconic costumes, rare audio tracks and unseen video clips, plus personal diaries and correspondence. 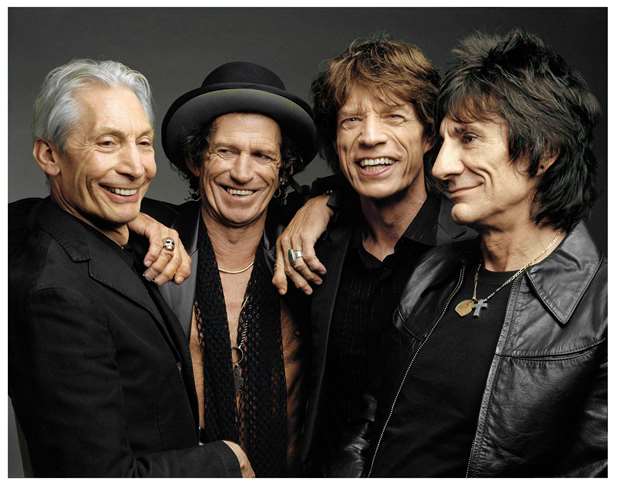 The Rolling Stones have shaped popular culture, often in their own image, and this exhibition will offer a unique perspective that only the band’s own archive can provide. Collaborations and work by a vast array of artists, designers, musicians and writers are included – from artists Andy Warhol and Shepard Fairey, designers Alexander McQueen and Ossie Clark to screenwriter Tom Stoppard and cinema director Martin Scorsese. 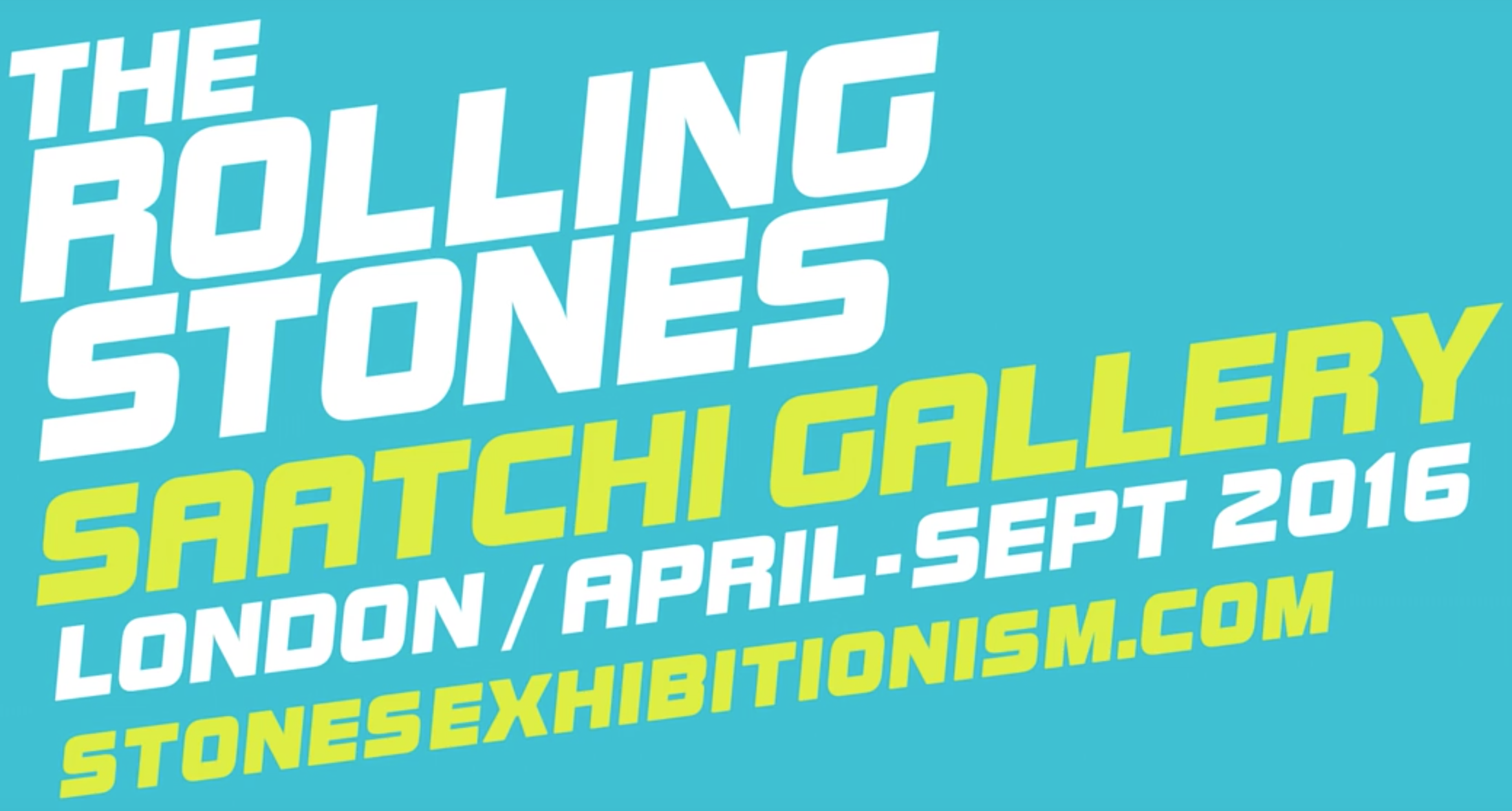 EXHIBITIONISM: THE ROLLING STONES will be open until September 4 at the Saatchi Gallery (King’s Road, Chelsea). The exhibition is opened 7 days a week and is free for children under 6. A great place to stay while visiting this exhibition is The Caesar Hotel. This Victorian townhouse converted in a chic, modern hotel in Hyde Park is one of the best options for central London.