This is the title of the article published by Víctor Fernández in La Razon on Monday 4th of June. Without any doubt an article that reveals the magic and spirit with which the new Claris Hotel has come to life. A hotel with a soul of a museum that, after 18 months of renovations and an investment of €12 million, opens its doors with the same enthusiasm as the first time twenty years ago.

Since its opening in 1992, coinciding with the Olympics in Barcelona, ​​entering a room of this hotel was a surprise as every one of them was different. The Claris Hotel was pioneer in combining  in a sensational way such concepts as modernity, art and classicism through the decoration of its rooms, as well as the incorporation of Egyptian art in each one of them. Who would have thought that one day we would be able to sleep next to an Egyptian antique? A privilege, without any doubt.

After all this time the Claris Hotel reinvents itself. A “deluxe reissue” where rooms have been completely redesigned into lounges housing 200 unpublished pieces of Pre-Columbian Art from the Maya, Chimu, Nayarit, Tairona, Quimbaya, Veracruz and Jalisco cultures  among others, complementing its renowned collections of Egyptian, Roman and Buddhist art.

In addition to a complete change of decoration which deals with the contrast between original lamps, photographs coexisting  with classical paintings, Japanese wardrobes  and the use of high quality fine materials such as olive tree root and erable wood, rosewood marquetry, mervaux and aged oak wood flooring, gold leaf, plaster, black granite titanium from Brazil, glass mosaics and aventurine …

Amongst all this art, Víctor Fernandez art reveals a very special painting, one of the few existing portraits of Calderón de la Barca, hitherto unpublished, and painted by Andrea Giuliani in 1781 as the signature shows in the lower left corner. A celebrated Italian painter at the time that came to Spain in the late nineteenth century from Tuscany (…). He was one of the best portrait painters of his time and some of his paintings are kept in the Prado Museum in Madrid. (…) Giulani dresses Calderon with his priest robes and the Order of Santiago. According to Jose Florencio Martinez , a specialist in the Spanish Golden Age, with this distinction the author was  recognized as being “clean of blood”.

A painting acquired by the Clos family a year ago at an auction which sleeps in room 612 of the Hotel. Twenty years later, the Claris Hotel is still surprising. What else will this new hotel provide in the future? 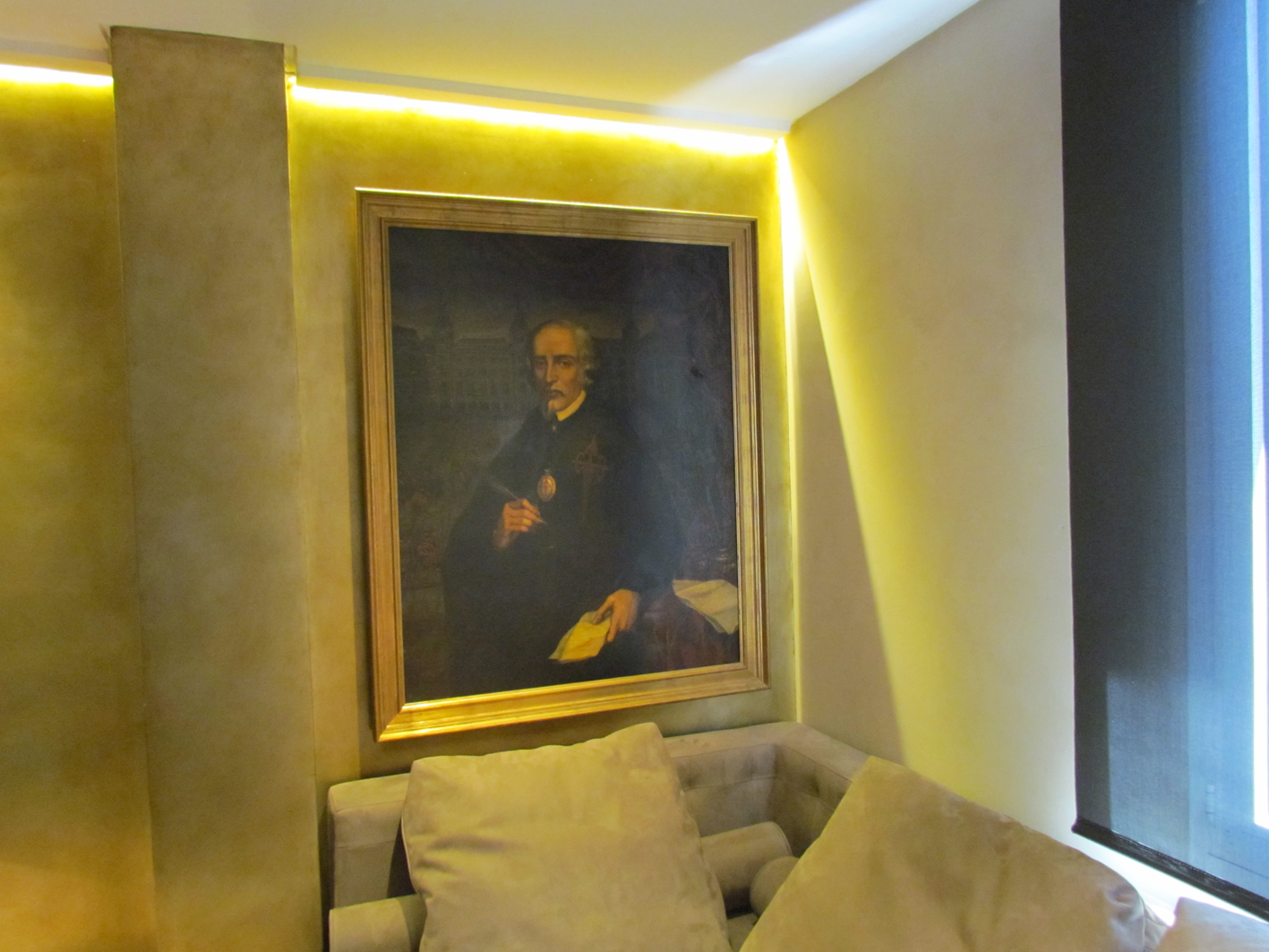 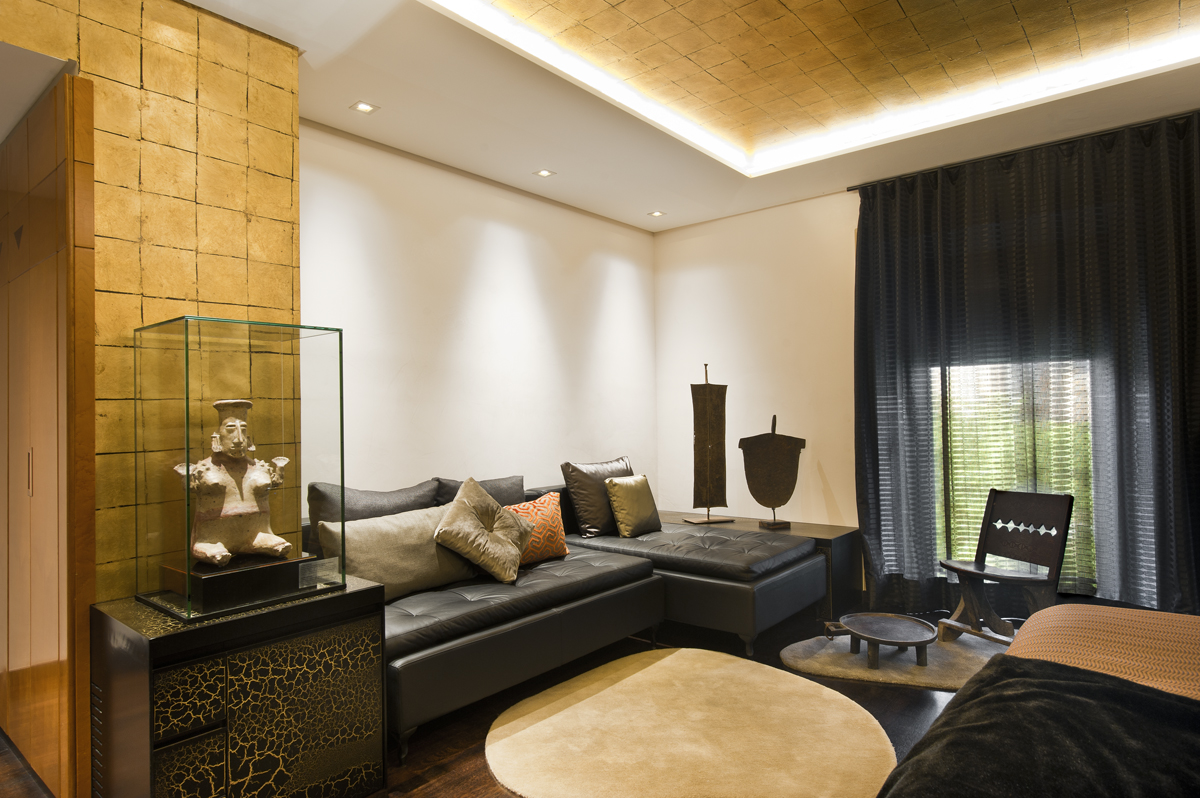 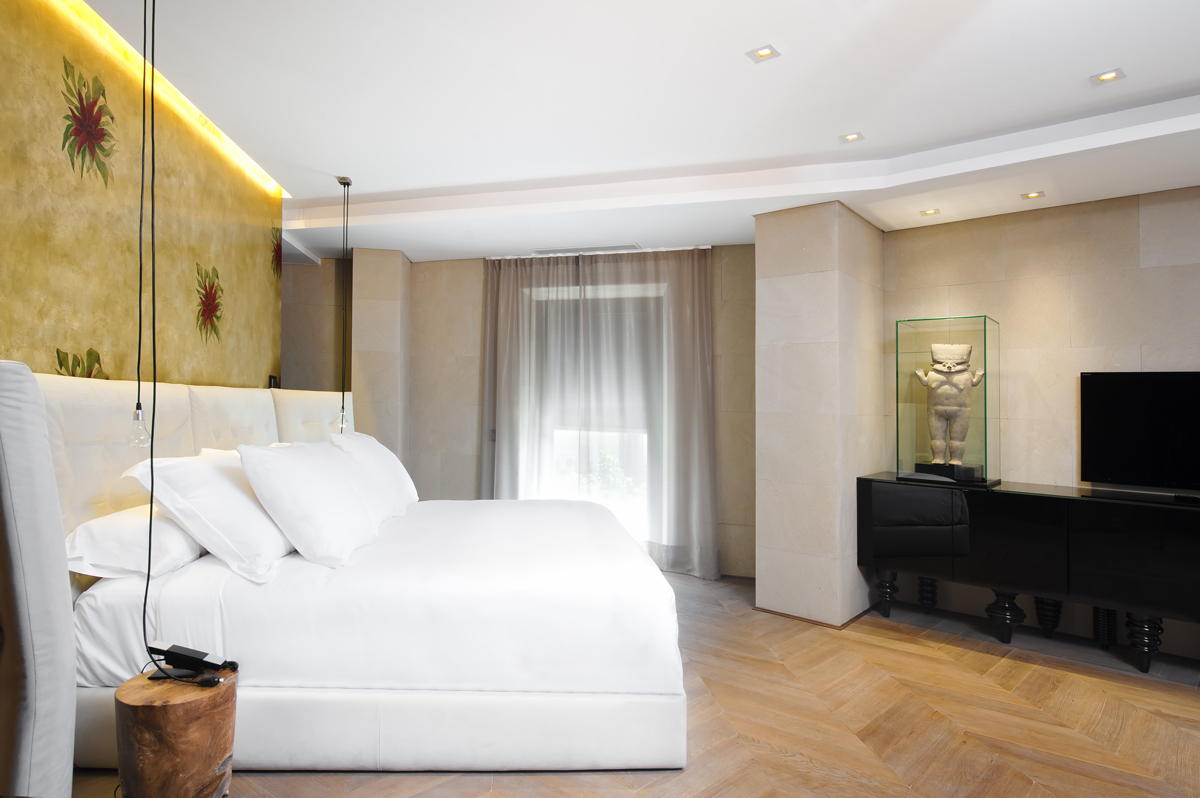