Art route in Barcelona: Tour the city from work of art to work of art

Art route in Barcelona: Tour the city from work of art to work of art

Our aim in this post is to present an original art route in Barcelona as an alternative to traditional sightseeing routes. At Derby Hotels Collection we have a predilection for art collections and we support the preservation of the wealth of architecture characteristic of each city.

What do we propose? Discover Barcelona on an artistic route through our hotels, echoing their historic and artistic past. 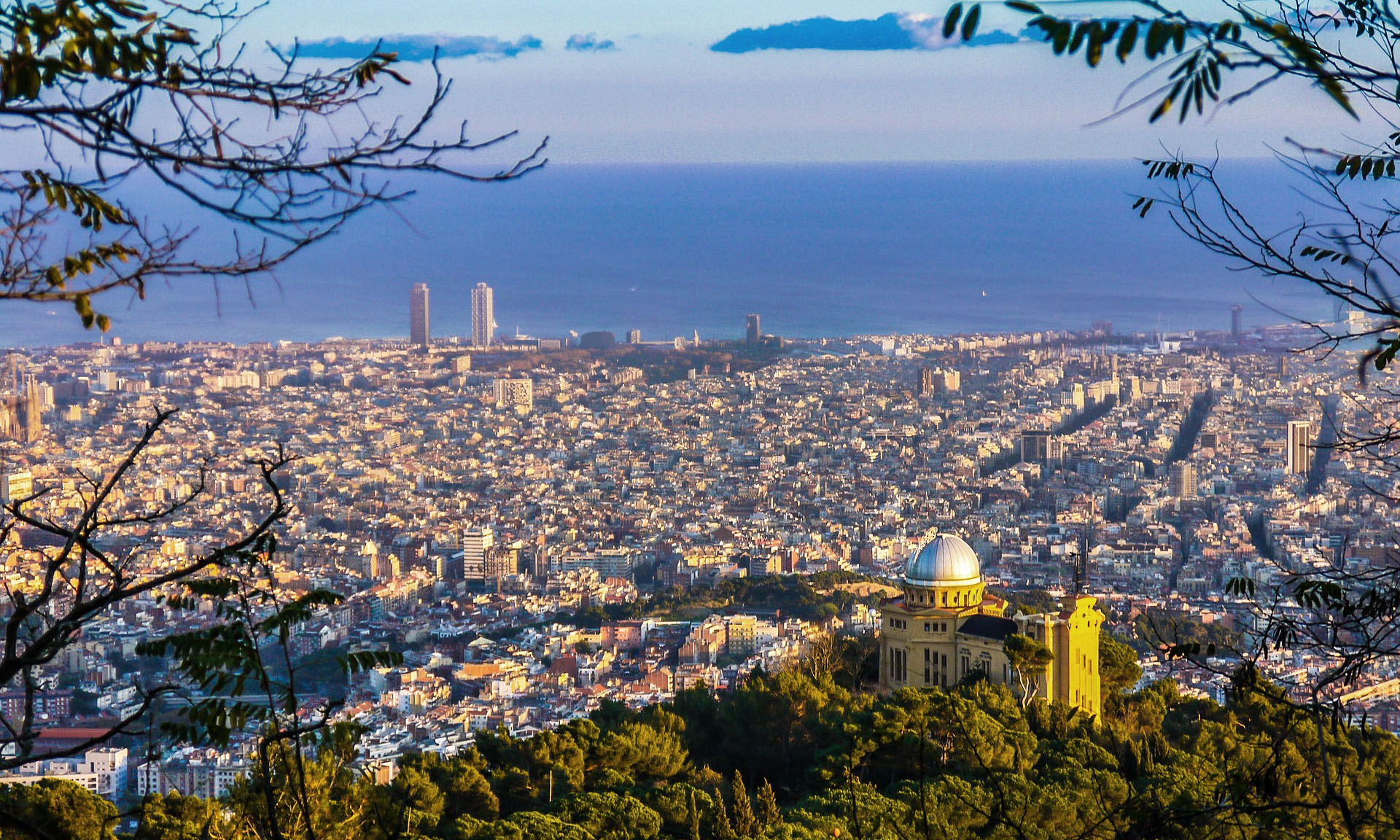 Each of our hotels can be considered to be a work of art in and of itself. Their designs reflect the Clos family’s intrinsic passion for culture.

In fact, the name of the company, Derby Hotels Collection, is based on this very idea: a collection of unique properties. This is reflected in the consummate care with which the buildings and the exhibitions they house are treated, imbuing each one with its own inimitable personality.

Every one of our hotels is located in the centre and following the route from one to another is a perfect excuse to discover new corners of the city.

The Claris Hotel & Spa 5*GL is located in the old Palau Vedruna. This palatial building is home to a wide variety of pieces, ranging from English furniture from the 18th and 19th centuries to Roman mosaics and sculptures from the 2nd and 3rd centuries.

Moreover, the hotel is currently hosting the new exhibition entitled The Mayas and the Splendour of America which consists of more than fifty previously unseen works based on representative creations of Pre-Colombian civilizations and the Mayan culture. 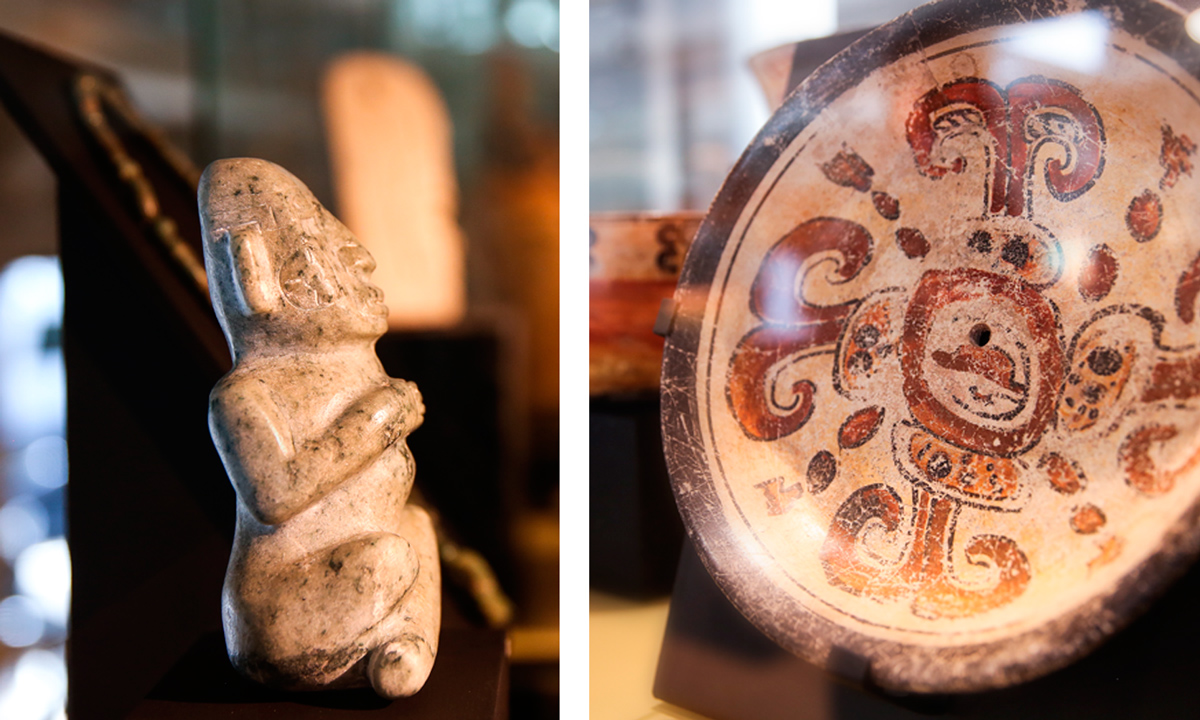 In fact, the Claris Hotel & Spa 5*GL, the company’s flagship establishment, was one of the first hotels in Barcelona to maintain and restore its facade with the aim of preserving the building’s authenticity and historical value.

This initiative set a precedent that resulted in the creation of regulations on heritage preservation in Barcelona. 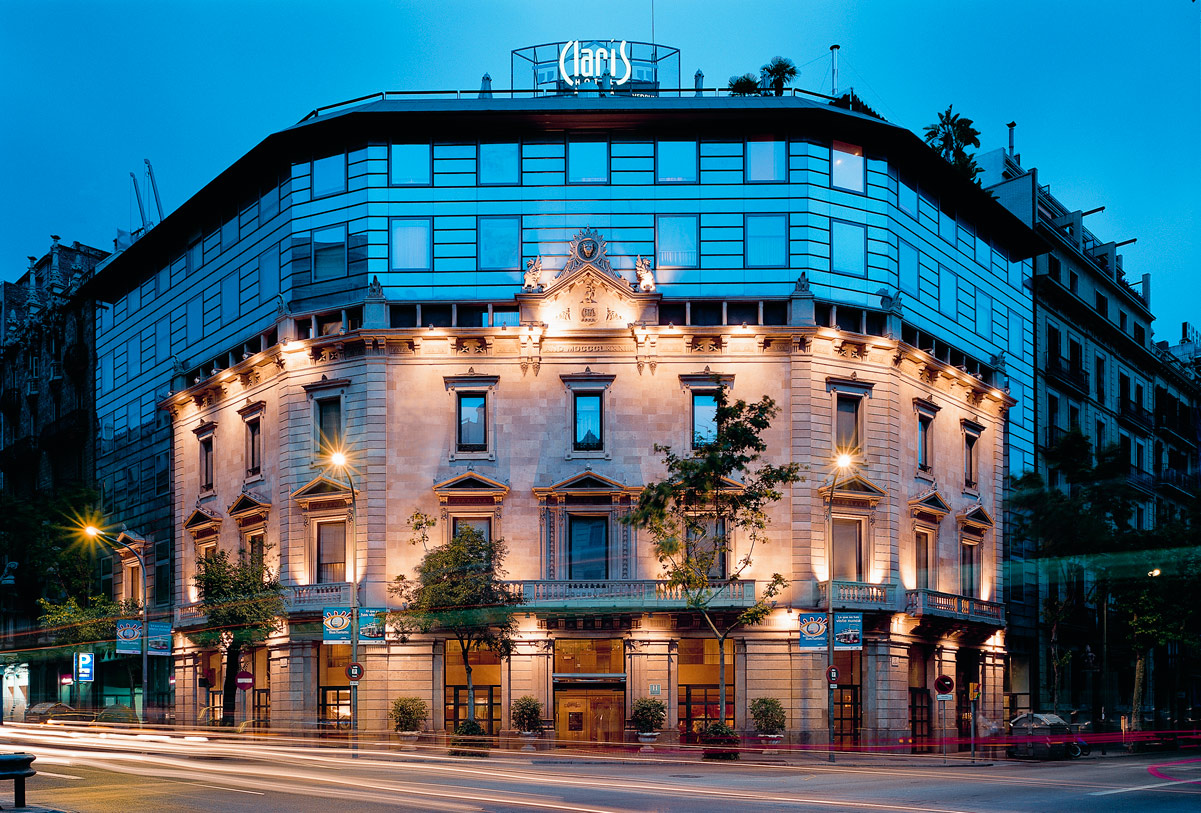 The historic El Regulador building, which was constructed in 1850 as a jewellery workshop and store for the Bagués-Masriera family, is the location of the Hotel Bagués 5*. It was fully remodelled before it was opened as a hotel in 2010, becoming Barcelona’s first boutique hotel. 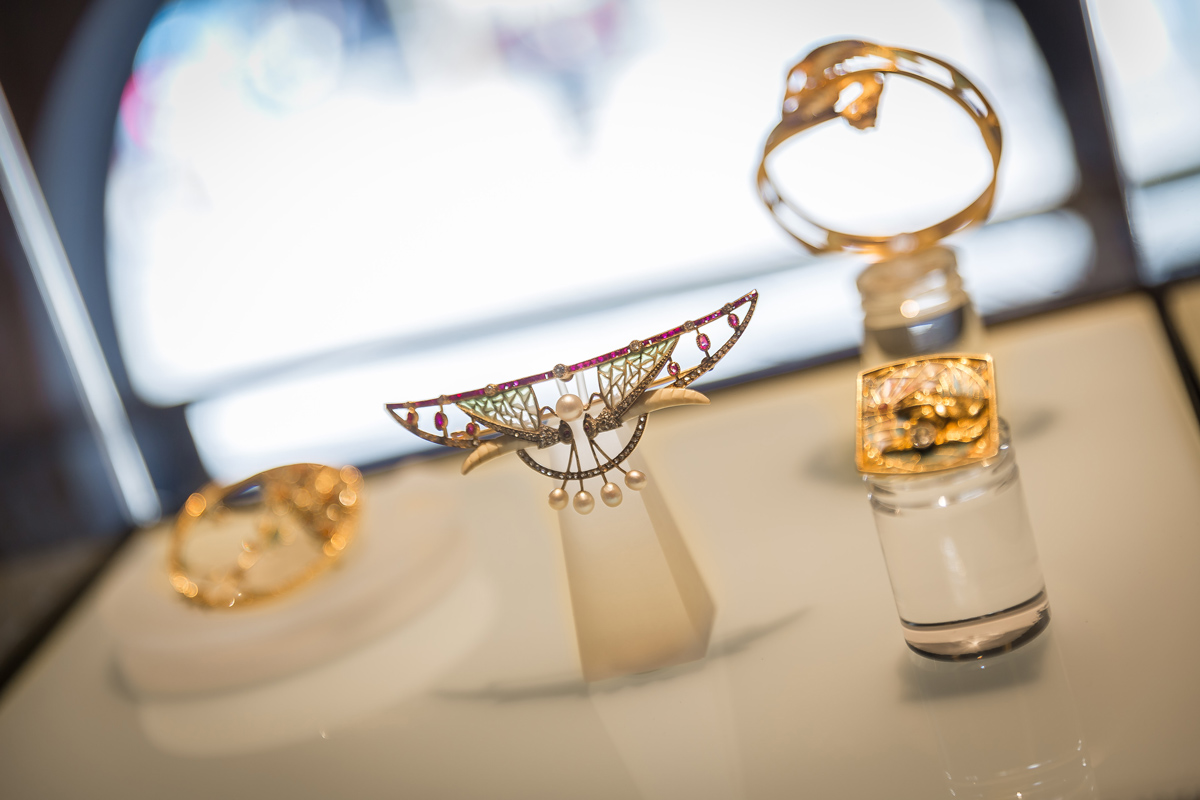 Its aesthetic combines Art Nouveau and Catalan Modernisme thanks to the preservation of its original facade, a clear example of the period’s Romantic Classicist architecture. The hotel also plays host to a permanent exhibition on precious metal work.

Additionally, the Eixample district of Barcelona is home to the classic Hotel Astoria 3* and its Opisso Museum. It houses the largest collection of paintings and drawings by Ricard Opisso, one of Catalonia’s finest artists, whose illustrations reflect what life was like in Barcelona in the first half of the 20th century.

The hotel’s walls are also adorned with a curated collection of advertising posters by modernista artists. Some of the most spectacular examples were produced to advertise popular festivals and major events in the city of Barcelona, such as the 1929 International Exposition. 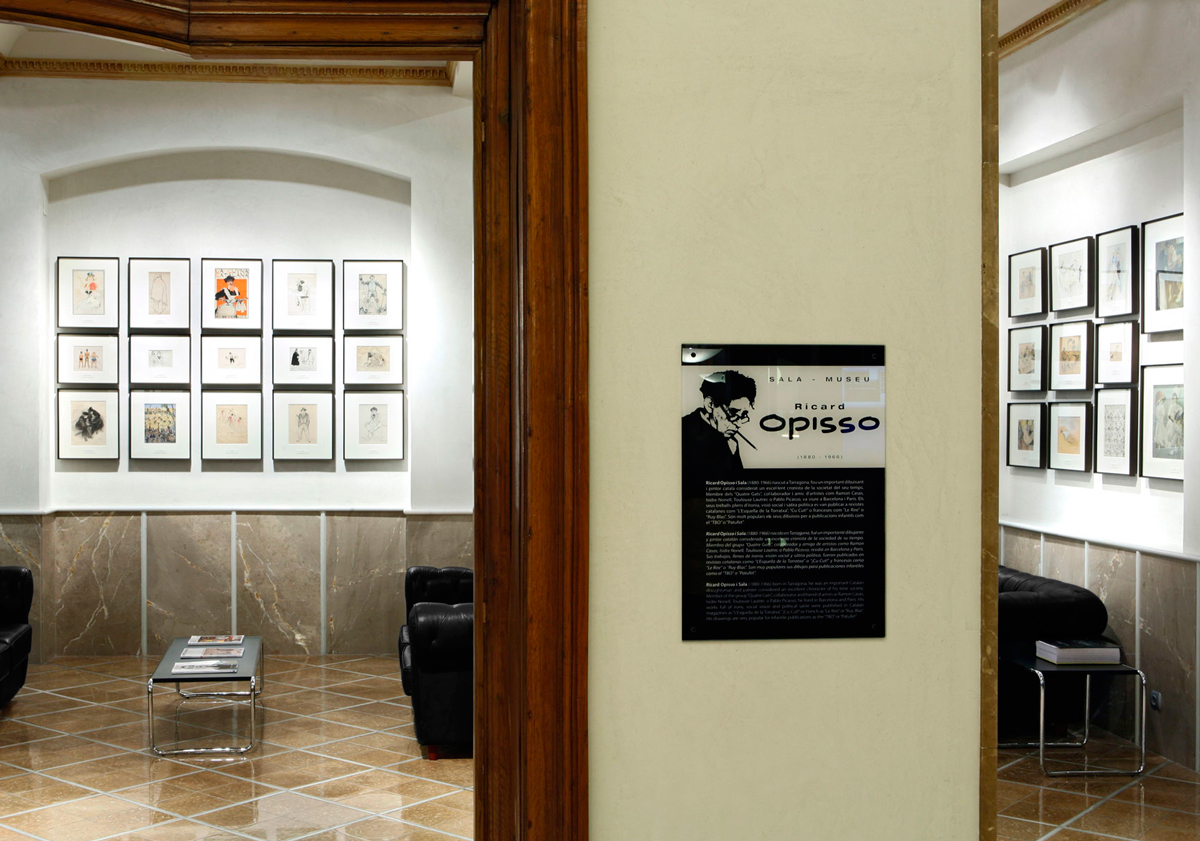 The industrial architecture structure of the Hotel Granados 83 4*S houses reliefs from India featuring rich representations of the Hindu pantheon, Khmer sculptures from the 12th to the 14th centuries, and Indian representations of Buddha from the 8th century that show the evolution of traditional Indian art. In addition to the Indian reliefs that adorn the hall and bar of the hotel you can find smaller pieces located in the various rooms.

The Roman mosaics on show in the hotel function room also provide a glimpse of the great Roman towns of the II-VI centuries A.D. 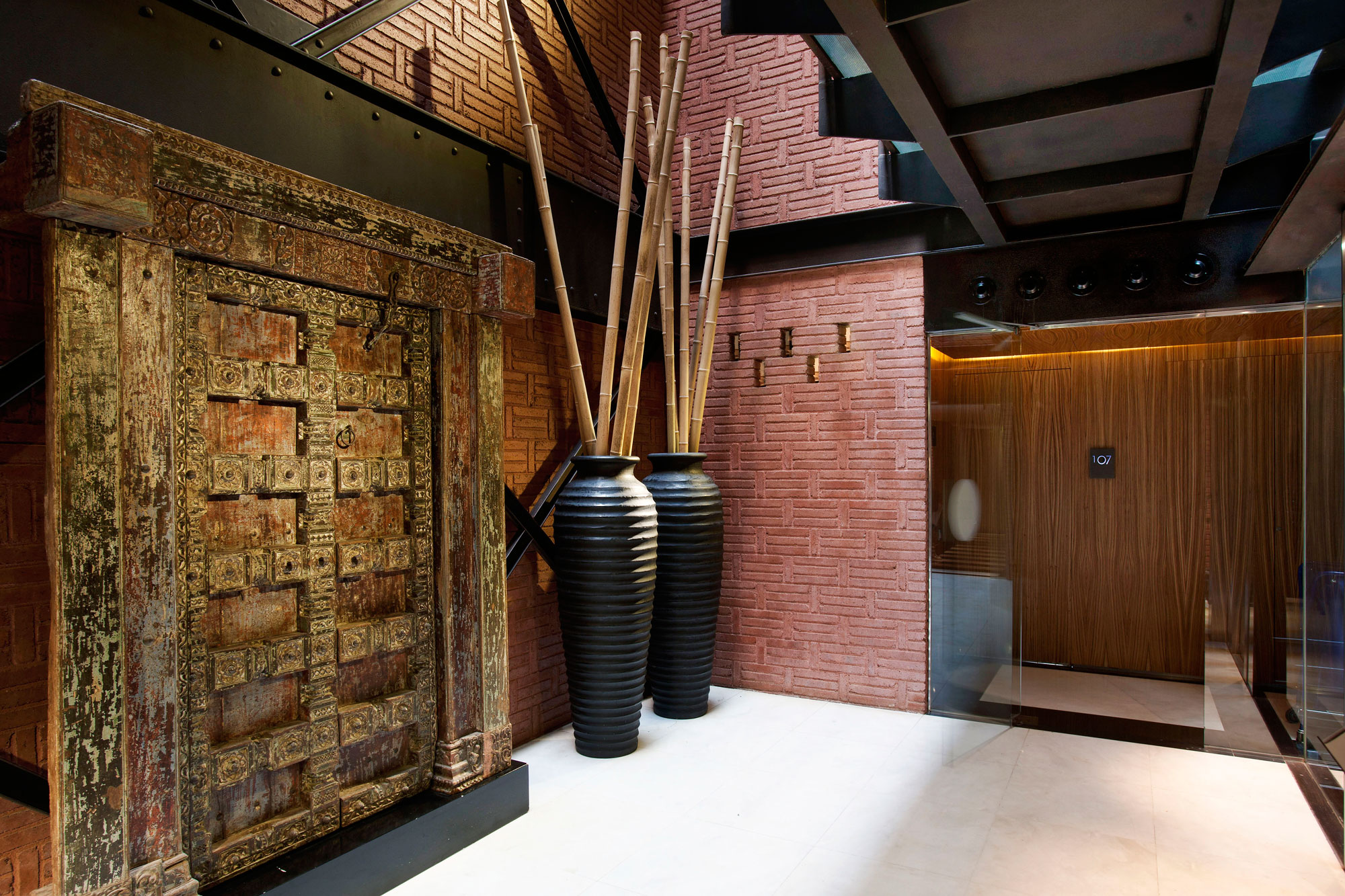 Close to the emblematic Avinguda del Diagonal are the Derby and Gran Derby hotels, which are home to a large collection of contemporary art with works by such renowned artists as Pablo Picasso, Joan Hernández Pijuan, Modest Cuixart, Joan Brossa, Javier Mariscal, Antoni Tàpies, Joan Miró, Guinovart and Wifredo Lam.

In the elegant hall of the Derby you can also admire a collection of 18th-century sculptures featuring images of four of the Muses and their enigmatic mother, Mnemosyne, the fifth wife of Zeus. 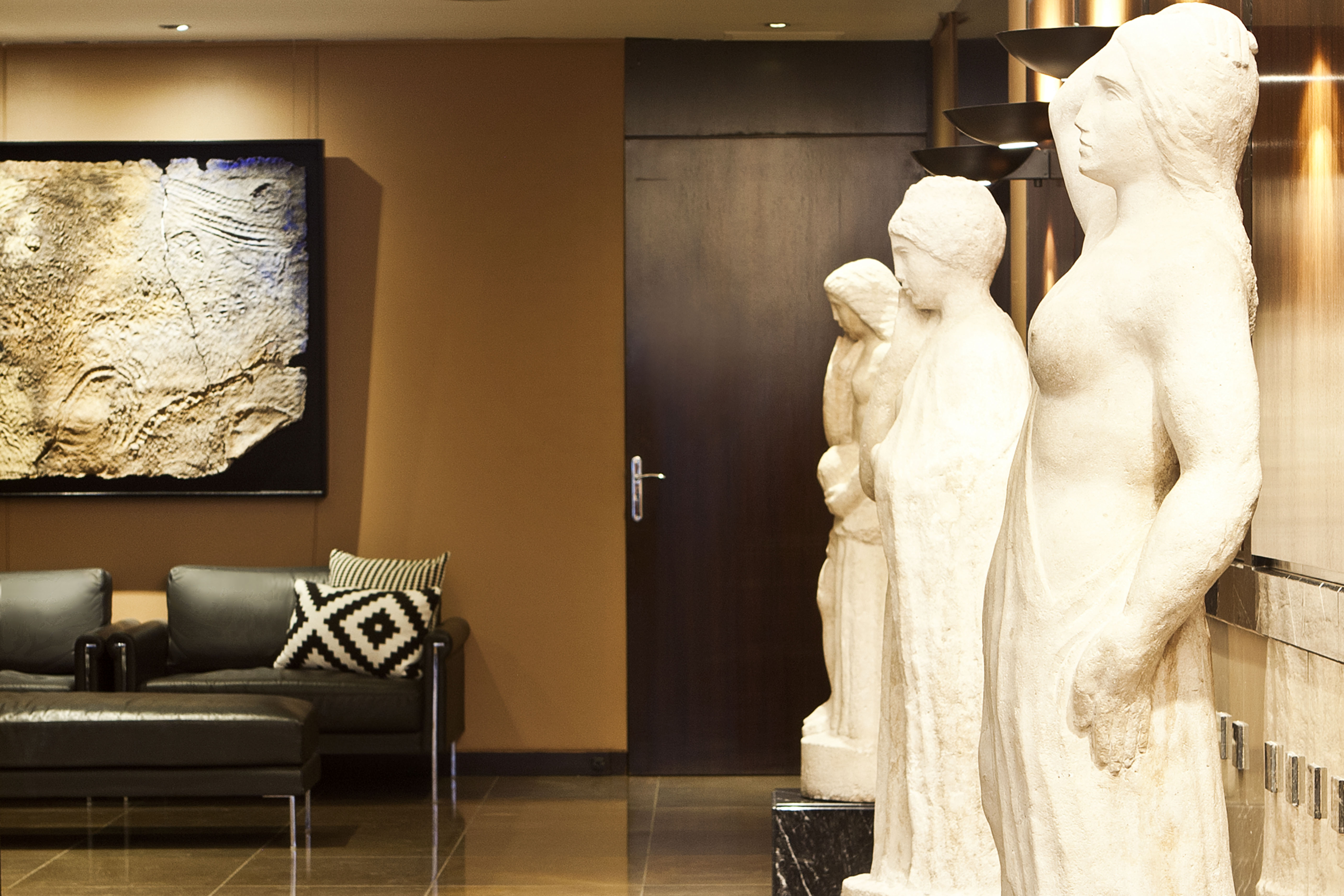 The Hotel Balmes houses a collection that illustrates the diversity of African ethnography. It consists of more than 200 pieces of African art, including pieces from the Dogon, Ashanti, Baoulé, Nok, Kuoro, Fang and Tuareg cultures. The variety of these pieces is evident in the wide range of materials used: carved wood, stucco, leather, shells, bronze and amulets. 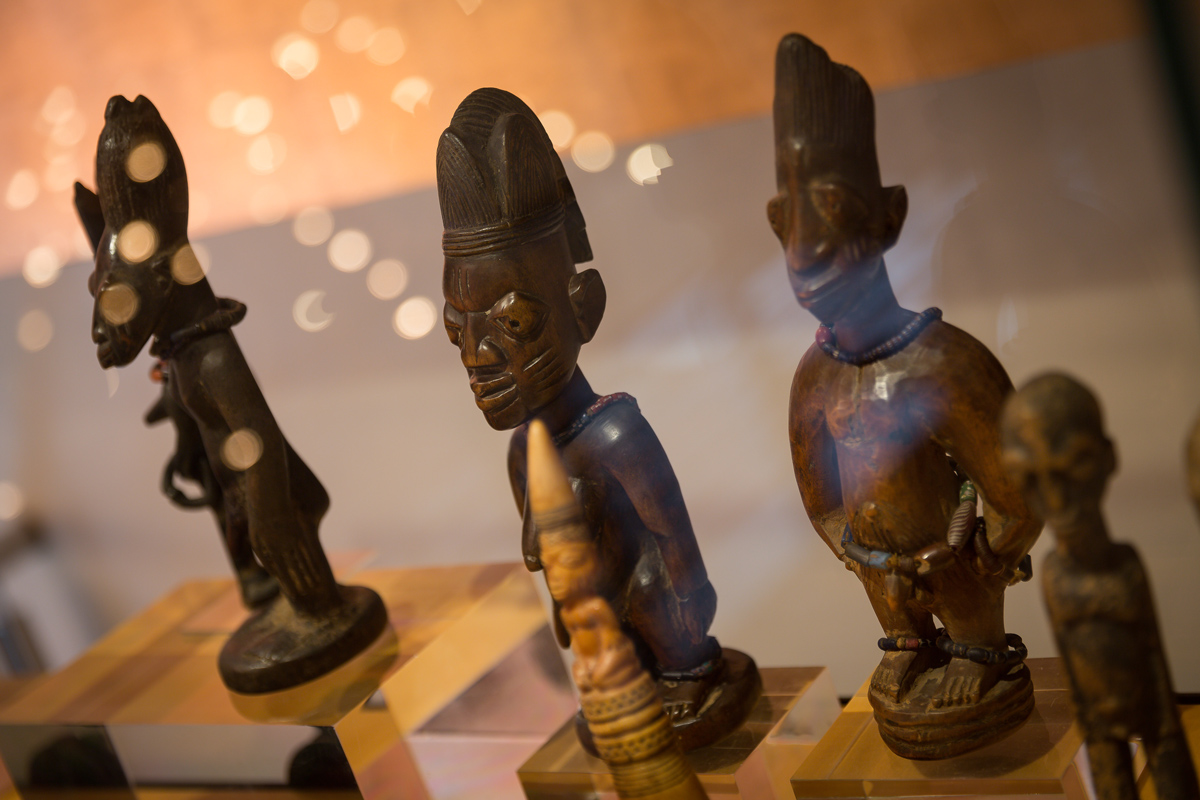 Finally, located in the heart of the Gothic Quarter is the Hotel Arai. Located in the old Palau dels Quatre Rius, it is an 18th-century building whose complete restoration maintained the singular nature of its original architecture.  It is outstanding for the original frescoes on its facade, which form part of Barcelona’s Architectural, Historical and Artistic Heritage and include allegorical figures and personifications of the Danube, the Nile, the Ganges and the River Plate.

The interior retains many of its original elements, to which pieces from the Clos Archaeological Foundation have been added. 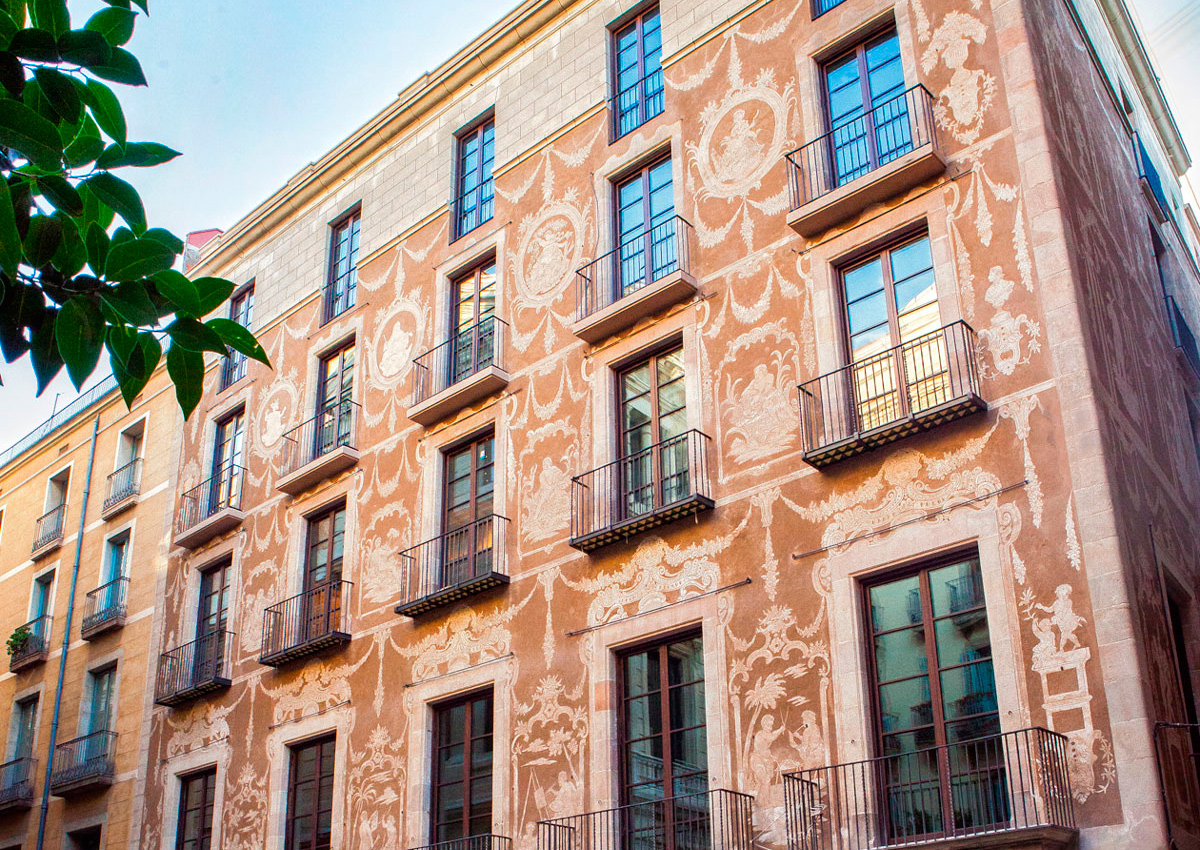 To learn more about the collections displayed in each hotel click here and organise an art route tailored to your needs.