Ángel León embarks on his maiden voyage in Madrid with a new gastronomic concept at the Hotel Urban 5*GL, the Glass Mar. The celebrated Aponiente chef, dubbed the ‘chef of the sea’, is the captain of the recent reinvention of the famous Glass Bar. 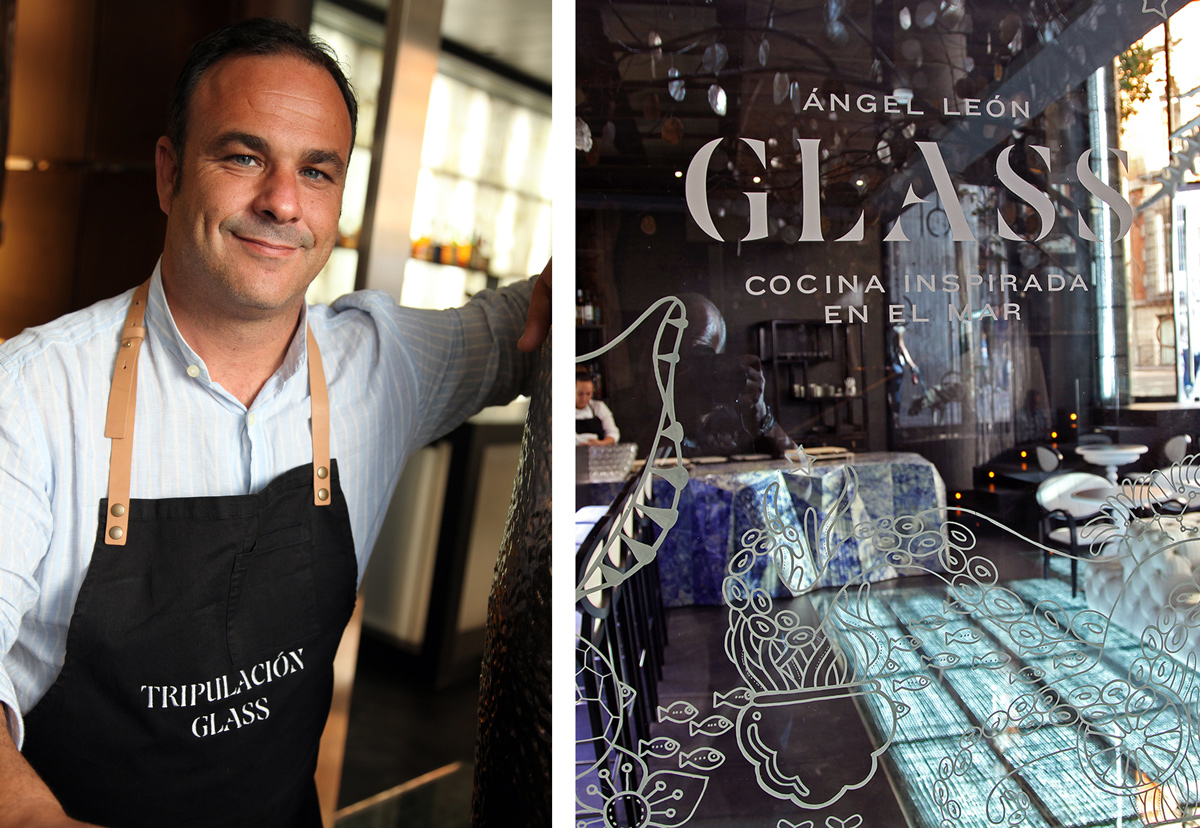 GLASS MAR: A SPACE ON LAND TO ENJOY A TASTE OF THE SEA

The new concept for Glass hinges on a cuisine that draws on the bounty of the sea. The same cuisine on which its creator, Ángel León, has built his reputation, as well as earning him two Michelin stars and the nickname ‘chef of the sea.‘

The new Glass holds a total of 28 people, featuring ten tables and two bars specialising in the creation of cocktails. Taking inspiration from the sea, the bar is characterised by decorative elements that echo its name. 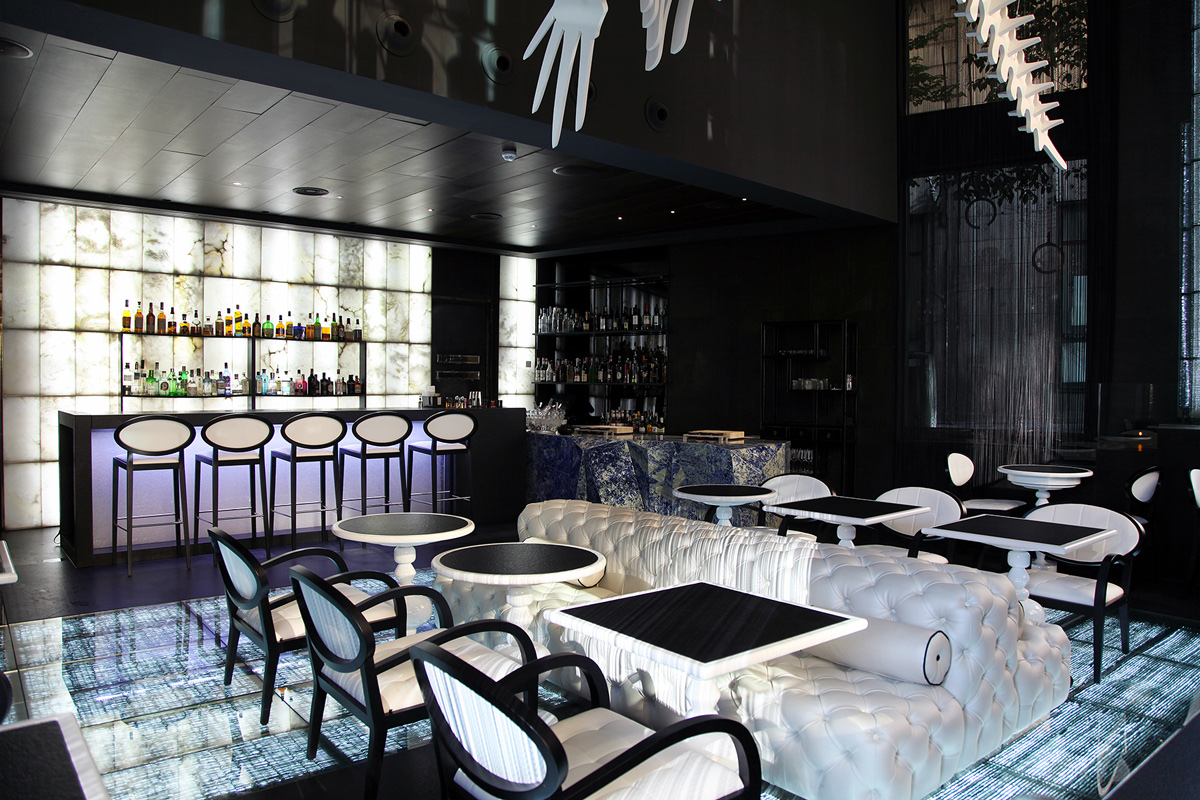 It represents an innovative concept that aims to make this culinary experience more accessible to a wider audience in an intimate, modern setting.  In the words of Ángel León,

‘We are offering an alternative proposal at the Urban’s Glass Mar, which does not correspond to the classic idea of a restaurant, a tavern or a bar’.

He goes on to explain that forming part of the Hotel Urban legendary Glass marks his most recent challenge and the culmination of a desire to launch a project in Madrid. It is a venue that also holds sentimental value for the chef, since it was one of his regular haunts when he was just starting out on his professional career.

He is joined in this new venture by Director of Food and Drinks at Hotel Villa Real and Hotel Urban, Francisco Patón, head chef, Borja de la Cruz, and the BistrEAU restaurant’s Ismael Alonso.

THE DEPTHS OF THE OCEAN IN THE HEART OF MADRID

The personality of the establishment is characterised by its large windows that look out over San Jerónimo street. The windows, converted into a canvas by the artist Yoshi Sislay, reflect contemporary two-colour illustrations that symbolise a truly fantastical universe. Its shapes and colours sit perfectly alongside a collection of translucent jars of backlit plankton that form the gateway to the Glass Mar’s unique ocean floor.

The rest of the décor also mirrors the origin of the dishes on the menu, reminiscent of Ángel León’s acclaimed restaurant, Aponiente, located in an old tide mill. 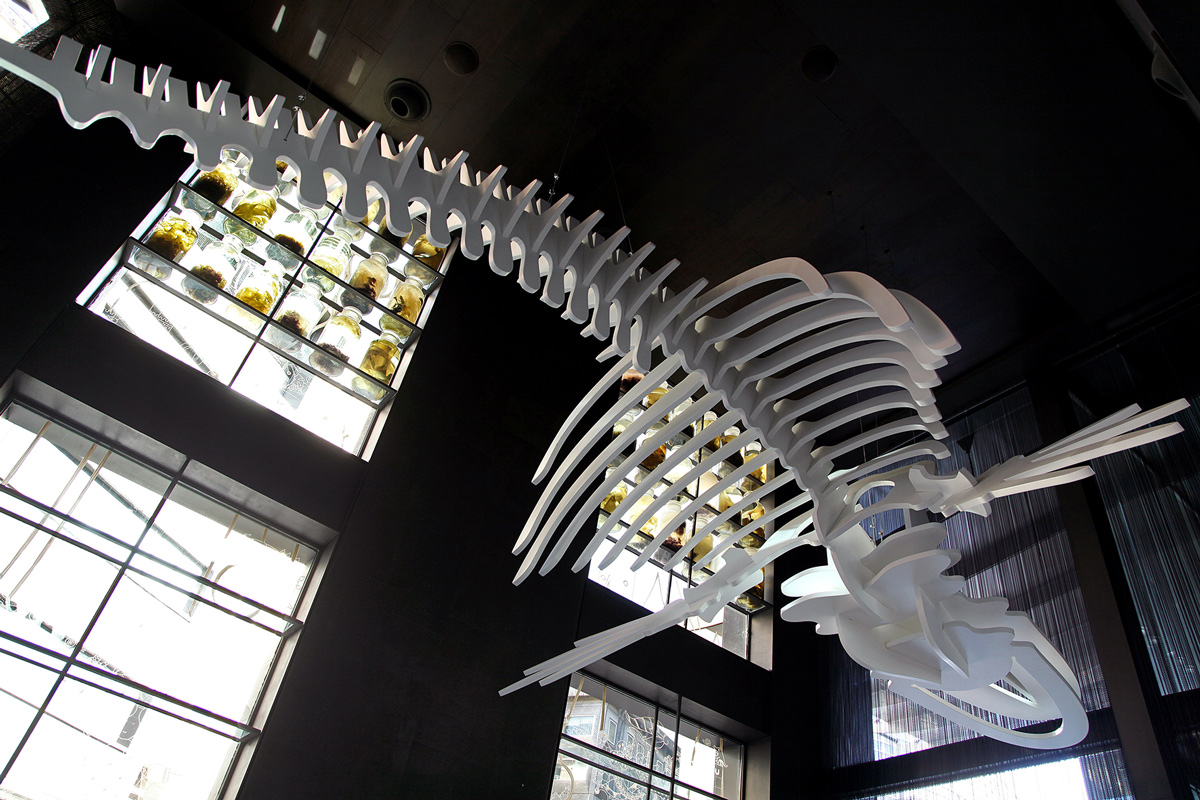 The impressive, suspended whale skeleton presides over the entire space and evokes the famous mermaid that hangs from the ceiling of the Aponiente. And in the centre of the room, diners have a front-row seat to watch the team in action as they prepare cold dishes and desserts at a spectacular blue marble counter.

CUISINE INSPIRED BY THE SEA

Ángel León invites you to try his sea bounty bites with a menu that takes us on a voyage of delights beginning with ‘A wave of starters’ and topped off by ‘There are plenty of desserts in the sea’. It includes dishes such as the Aponiente favourite, creamy rice with plankton, and tuna steak tartare.

A clear commitment to Jerez wines to form the perfect pairing makes for another highlight, in addition to a drinks menu featuring a range of dry sherry wine-based cocktail creations.

A selection of which can be seen below. Out of this world! 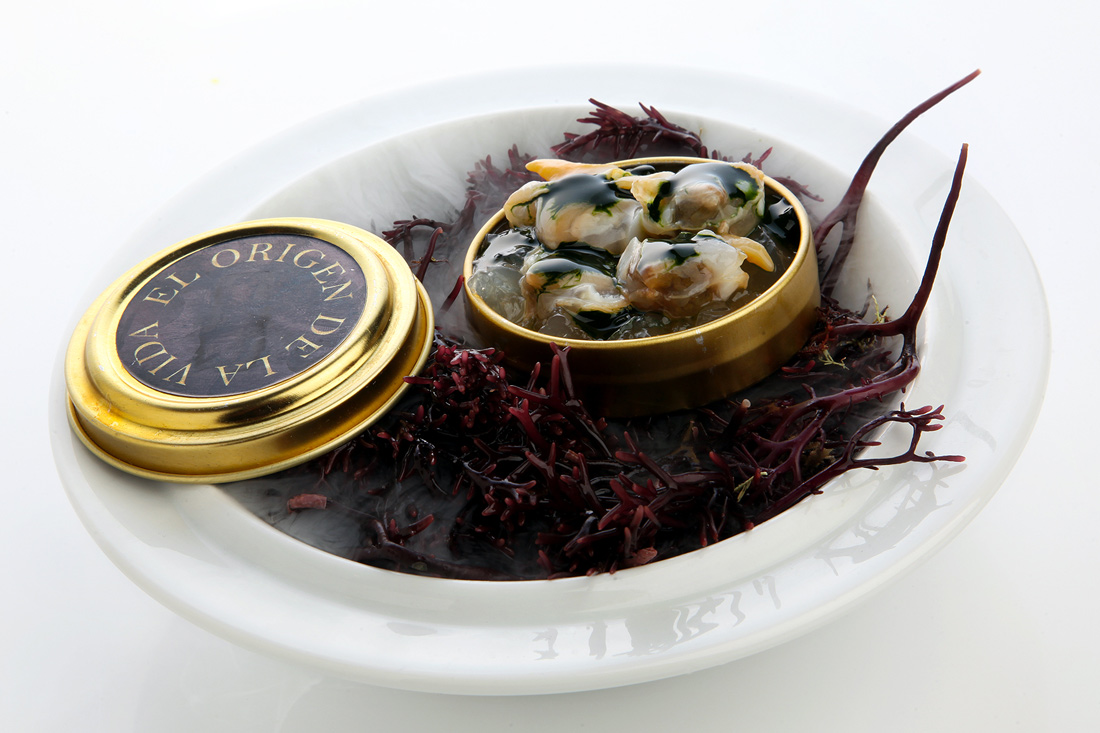 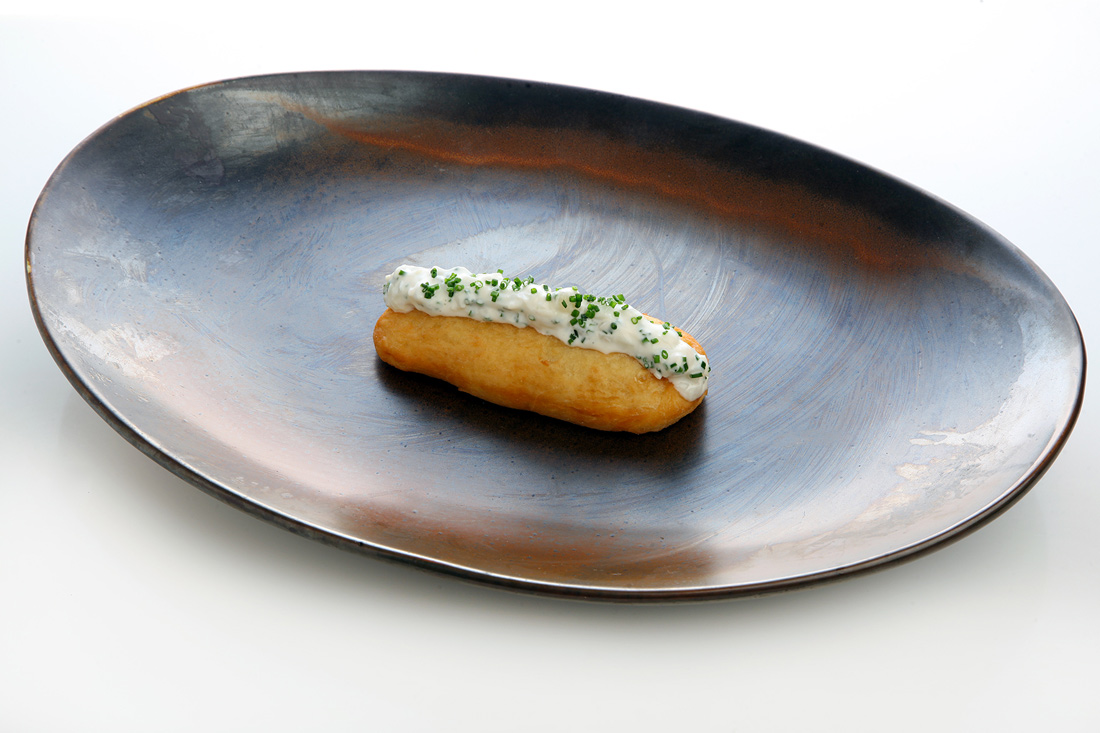 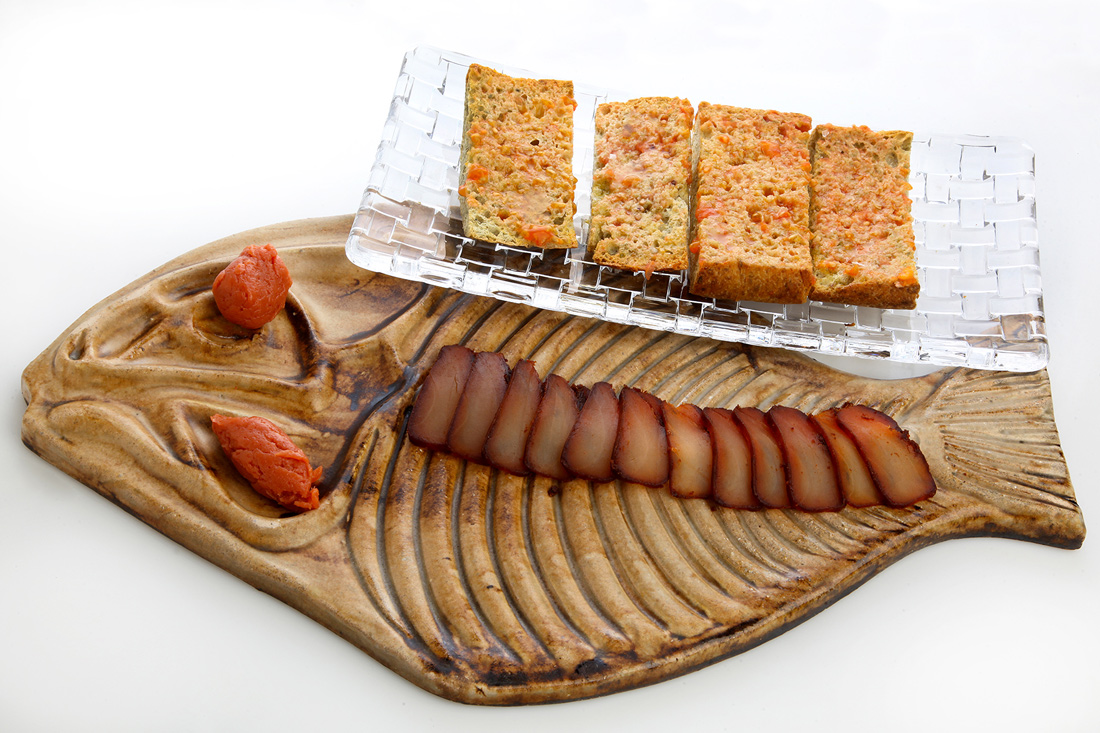 Sausage of the sea 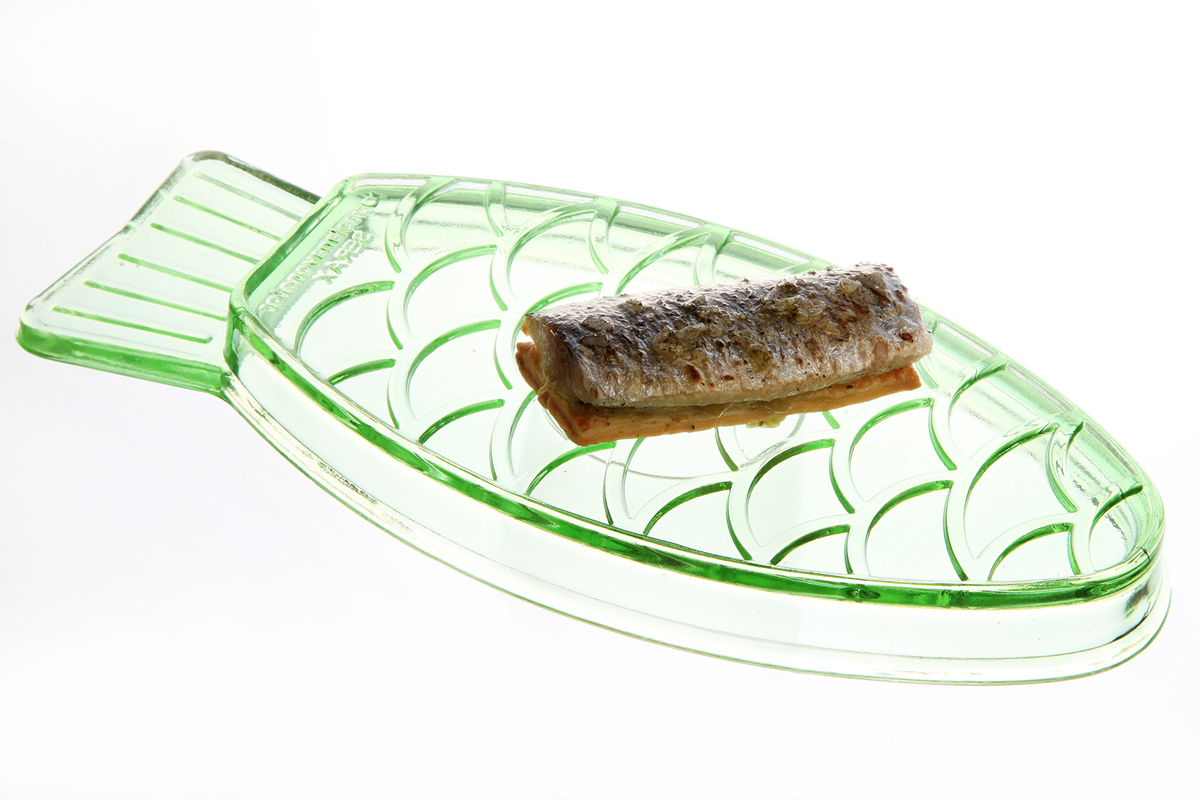 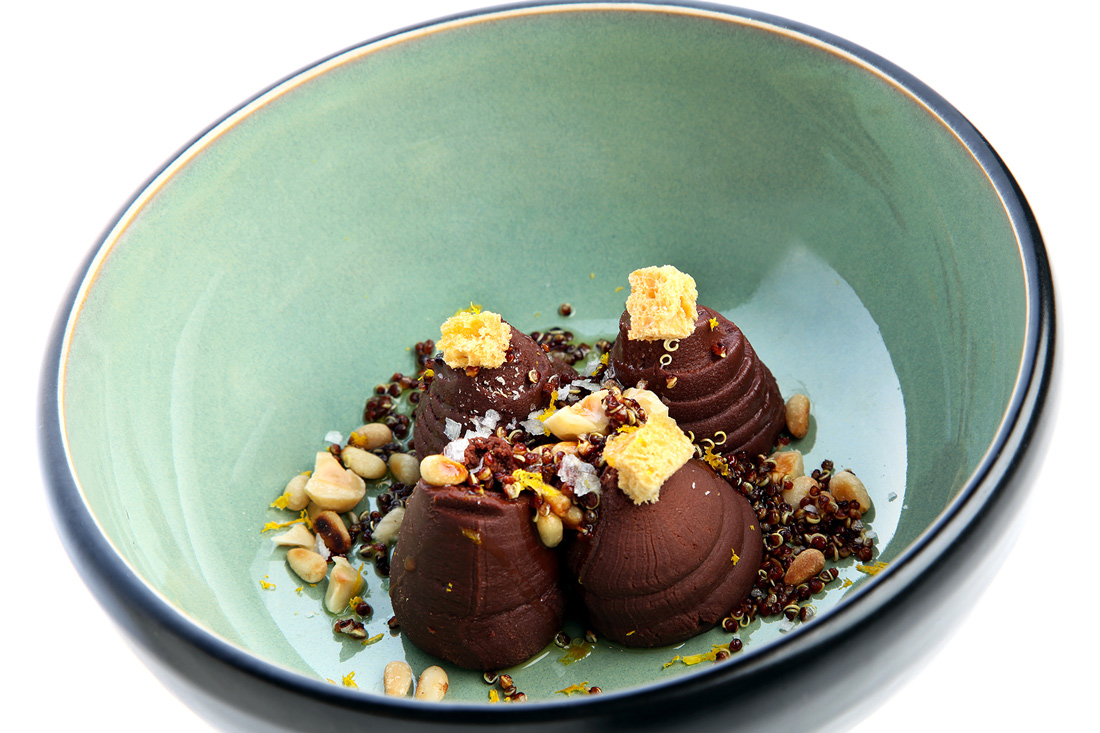 The Glass Mar serves lunch and dinner from Monday to Sunday from 1 to 3:30 pm and from 8:30 to 11:30 pm. It is also open daily for guests to enjoy its selection of fine wines and drinks. Full details of opening hours can be found here. 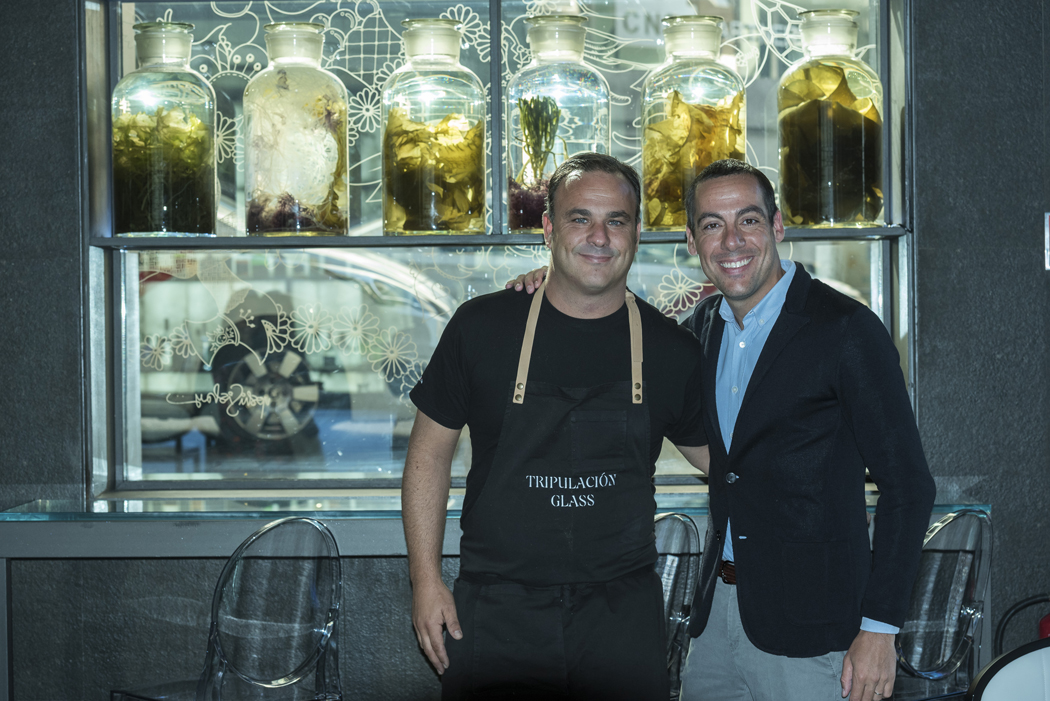 Thus, Ángel León now forms part of our commitment to offer a range of memorable experiences to our customers, alongside the company’s other gastronomic options, such as CEBO Madrid and La Terraza del Claris.