Travelling and running have never been as close as now. The practice of running has increased dramatically in the recent years. We could say that running is the coolest sport nowadays. And it could have the power to change vacation plans.

Wearing sneakers in a holiday suitcase is something that is becoming increasingly real. Travel and run, at last, have agreed and have found a shared space in Hotel Claris, Barcelona, and Urban in Madrid.

From Derby Hotels Collection we want to promote the practice of this sport and that’s why we have joined with Josef Ajram, triathlete and trader, to present four routes for runners who visit Barcelona or Madrid. 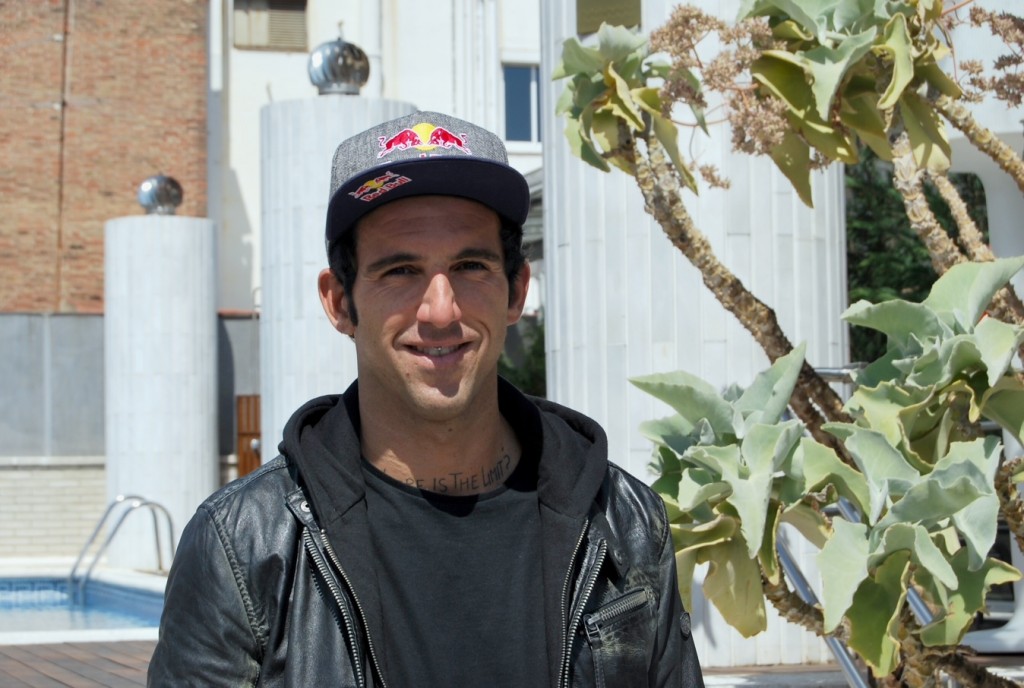 Josef Ajram’s routes are designed for those who stay in the Hotel Claris and Hotel Urban. “These are the routes that I’d choose for running in Madrid and Barcelona, explains Josef Ajram. For him, running is also “a different way to know the cities”. And that is why he has designed routes through emblematic areas of each city. In Barcelona, ​​the route passes along the Avenida Diagonal or Litoral, for example, and in Madrid you can run in el Retiro and Casa de Campo. 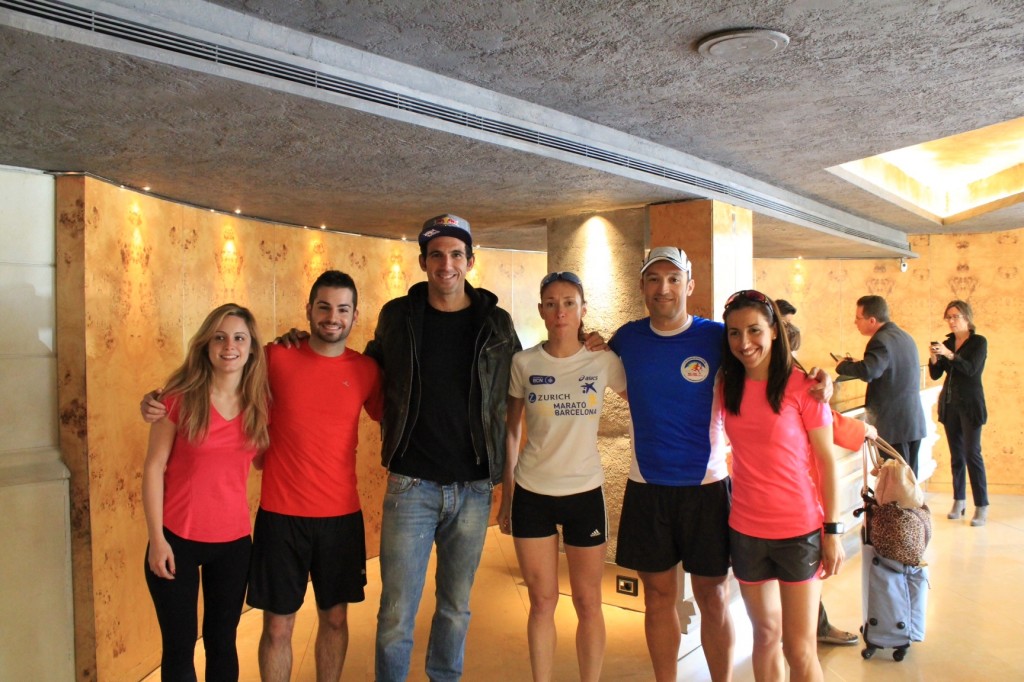 Josef Ajram and our runners!

Derby Hotels wants to create an experience beyond the sport, wants to experience the city in a different way. Routes, designed for beginners and experienced runners are very flexible proposals that each rider can adapt to their level or available time.

Josef Ajram’s recommendation is to run in the less busy hours. According to the triathlete “early in the morning is the best time” as there isn’t so much traffic. Josef Ajram recommends eating a piece of fruit before going out and enjoy Derby’s buffet breakfast when returning to the Hotel. 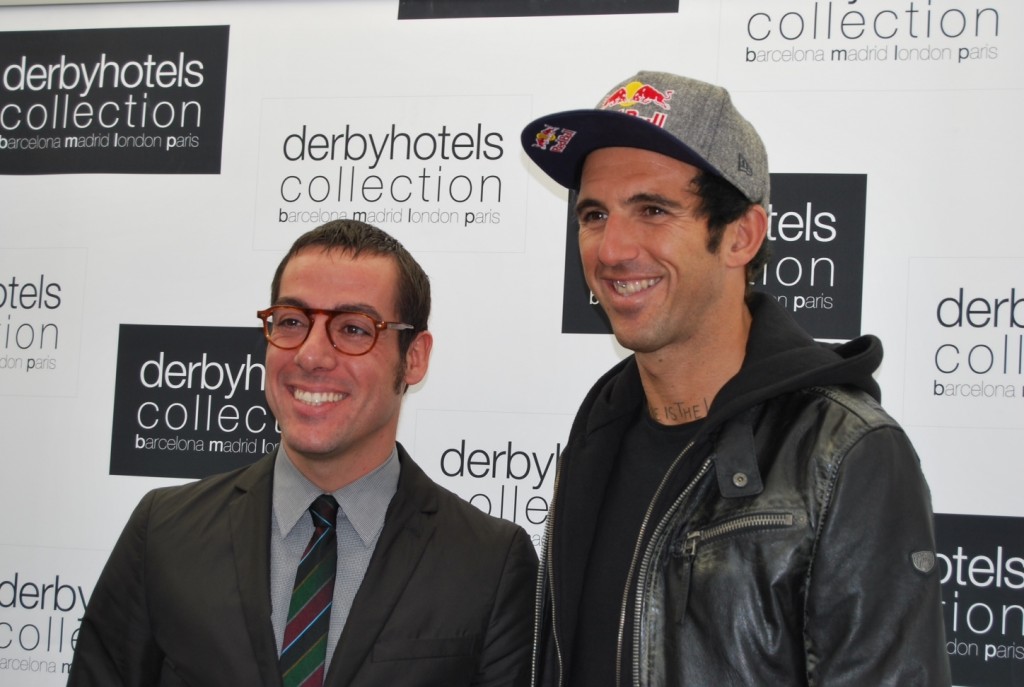 “Running in the city is a different way of living every city”, says Ajram. And Urban and Claris routes offer this possibility. “They are an original resource for tourists and for people travelling for business,” explains Josef Ajram. Moreover, the routes are so easy to follow for those who don’t know the city and could get lost.

The itineraries are designed to be affordable and easy to use both for guests and for those interested in accessing them. They can also serve as a channel of communication and exchange of views and advices to users.

The interactive map can be downloaded from phone or computer.

– Route 1,Diagonal-Cervantes Park: Route for beginners with little difficulty. It can be done in less than an hour (about 9 km). Starting point is located in Hotel Claris. It is a very easy journey, impossible to get lost because once you reach Diagonal Avenue you don’t have to abandon it until you arrive to Park Cervantes. To return to the hotel you just have to follow the same route but in the other way back. Of course, it can be lengthened or shortened for convenience. 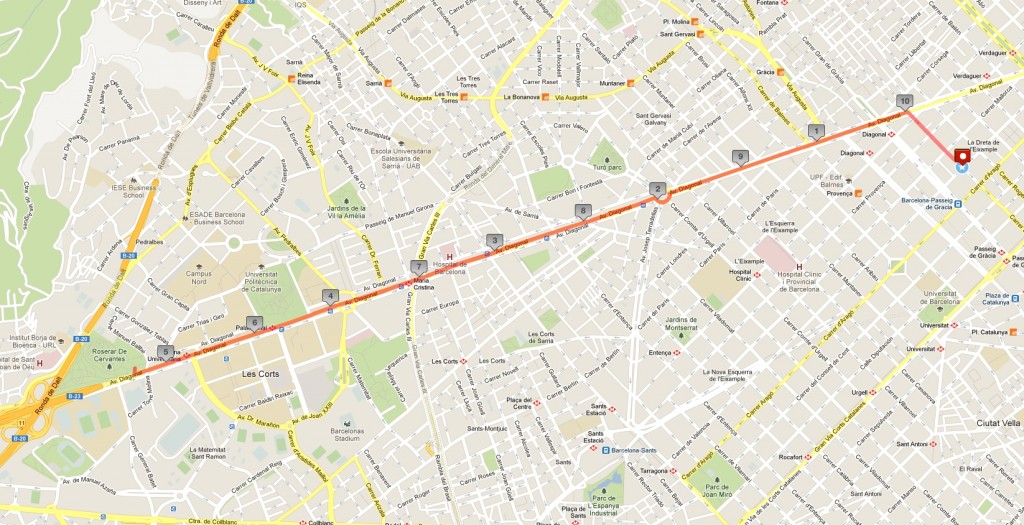 – Route 2, Coastline: Route to experts from the Hotel Claris part up to Diagonal Av. In this case the route continues towards the Plaza de las Glorias. It is proposed to seek the Rambla del Poble Nou throughCastella Street and Pere IV. Get to the Avenida Litoral down the Rambla del Poble Nou, not-traveled by tourists and very interesting to get to know Barcelona. You can run down the promenade up to the Olympic Village. Return to the hotel going up through Marina’s street to the Diagonal. It can be done in an hour. 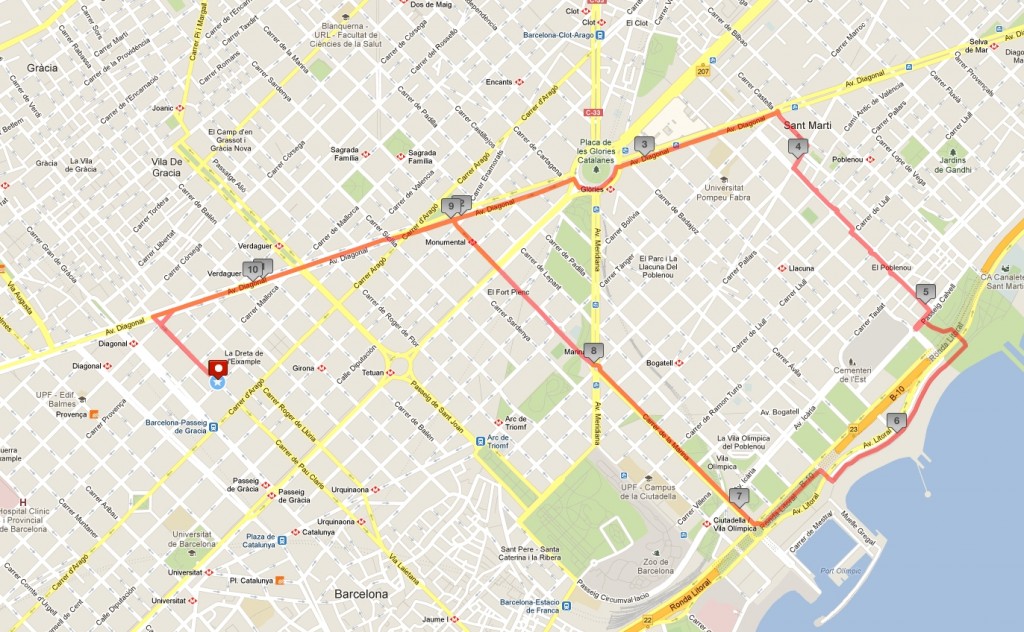 – Route 1,Retiro Park: Route for beginners. A different way of knowing downtown Madrid and also a way to integrate into the “runner” environment of the city. From the Hotel Urban, tour begins east on Highway S. Jerome to Plaza de las Cortes. Follow along Calle Felipe IV to take the Calle de Alfonso XII and finally enter the park by the Marquis de Pontejos Paseo. From this moment the asphalt is allowed to run on land. May extend into the park as much as wants each runner. Josef Ajram’s proposal for those who have more time is to walk around Paseo dela Republica de Cuba, Uruguay Paseo, Paseo Paseo Fernan Nunez and Colombia to return along Calle de Alfonso XII and go back to the hotel. 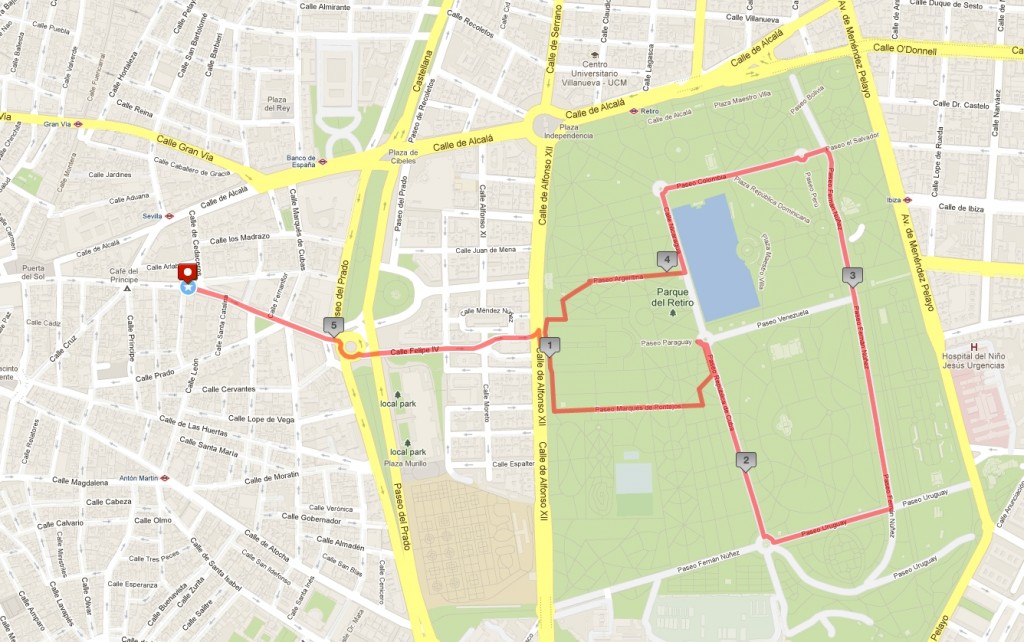 – Route 2, Casa de Campo: The purpose of this route is to stroll through the city to get to Casa de Campo. We also offer an interesting tour of the center and some of the city’s tourist spots such as Puerta del Sol, Plaza Mayor and the Royal Palace. The route is quite long so it is recommended to experienced runners or those who have more time. 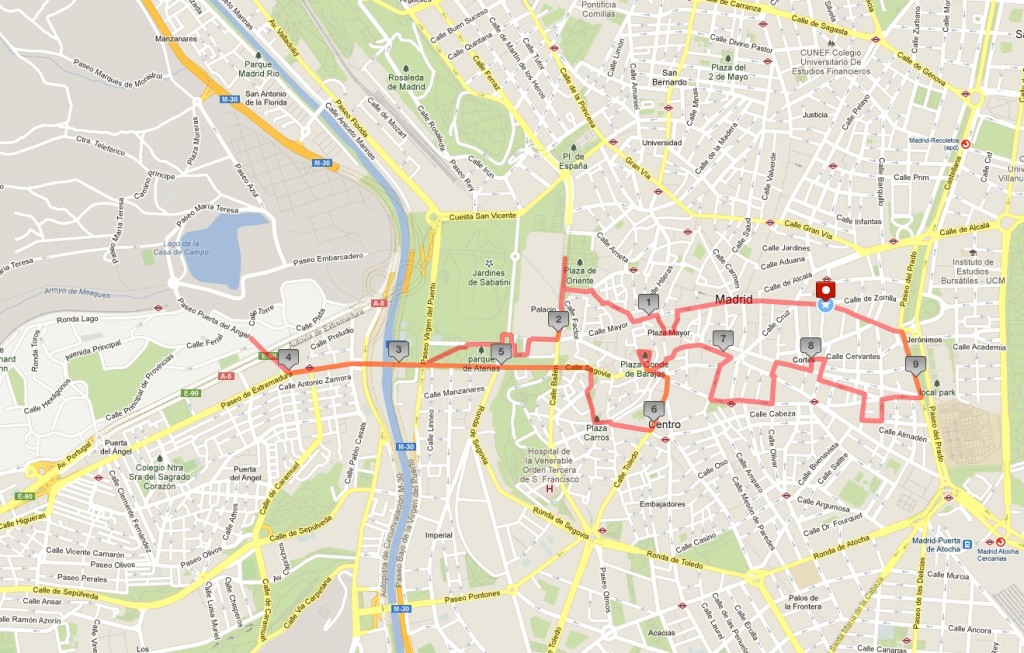 We expect you to enjoy the rutes, now you just need to put on your sneakers and run!

The 5 most instagrammable spots in Hotel Urban