Located in Passeig de Gràcia and surrounded by international boutiques, restaurants and terraces, it was built in 2009 by the famous Japanese architect Toyo Ito.

Toyo Ito is considered one of the most innovative and influential architects in the world and was awarded the Pritzker Prize (considered the "Nobel prize" of architecture) in 2013.

The luxury apartments stand out for its spectacular undulating façade, a tribute to the architect Antoni Gaudí, one of Toyo Ito's sources of inspiration and admiration. The curved lines are inspired by the forms of nature, as was commonplace in Gaudí's designs, and its pearl colour captures the different shades of sunlight and changes colour depending on the time of day. The façade of the Suites Avenue offers spectacular views of the city and of the imposing La Pedrera building and has become a contemporary gem in the urban network of Passeig de Gràcia.

The interior patio is made of carved quartzite stone and Toyo Ito provided the design of the façade with continuity through the overlayed walls with translucent glass relief. Around the patio, a unique combination of materials: red travertine marble and walnut wood on the floors, and ebony on the walls. 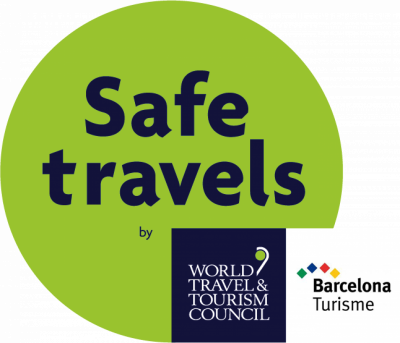 Which city do you want to travel to?